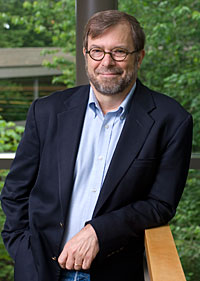 Professor Funk is the author of American Constitutional Structure and a co-author of one of the leading administrative law casebooks, Administrative Procedure and Practice: Problems and Cases, as well as Administrative Law: Examples & Explanations and the Federal Administrative Procedure Sourcebook. Together with Professor Craig Johnston, Professor Funk is also a co-author of Legal Protection of the Environment, an environmental law casebook. In 2004-05, Funk was a Senior Fulbright Scholar at the University of Heidelberg, where he taught both American constitutional law and environmental law. Funk has published numerous articles on administrative and environmental issues, including in such publications as the Duke Law Journal, the Harvard Journal on Legislation, the Yale Journal on Regulation, the Administrative Law Review, and the U.C.L.A Journal of Environmental Law and Policy.  He has chaired both the Administrative Law and Natural Resources Law Sections of the American Association of Law Schools.  Funk is also active in the American Bar Association, where he recently served on the ABA’s President’s Task Force on Preemption of State Tort Law and where he is a Fellow of the Administrative Law and Regulatory Practice Section, which he formerly chaired and on whose Council he served.  Professor Funk is also a Center for Progressive Reform Scholar, a member of the American Law Institute, and a Fellow of the American Bar Foundation. He has been admitted to practice in New York, the District of Columbia, and before the U.S. Supreme Court.

Before coming to the law school to teach, Professor Funk was an assistant general counsel at the U.S. Department of Energy and earned a special citation for exceptional performance from the Secretary of Energy. Prior to that Funk served as the principal staff member of the Legislation Subcommittee of the U.S. House of Representatives Permanent Select Committee on Intelligence, where he was instrumental in the drafting of the Foreign Intelligence Surveillance Act. Before joining the House Committee, Funk was a staff attorney in the Office of Legal Counsel of the U.S. Department of Justice, where he received a special commendation for outstanding service. Immediately after law school he clerked for Judge James Oakes of the U.S. Court of Appeals, Second Circuit.