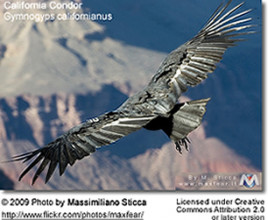 Spent lead ammunition deposited on federal land during hunting seasons poses real threats to many species of wildlife, including California condors and eagles. On September 6, 2011, PEAC, on behalf of our clients–the Defenders of Wildlife, Sierra Club, and Grand Canyon Wildlands Council–sent a 90-day notice letter to the United States Forest Service informing USFS of the clients’ intent to sue if USFS did not take action to address this problem in Arizona, particularly in the Kaibab National Forest, a known foraging area for condors. View a copy of the notice letter. 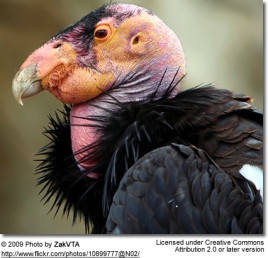 Despite the known risks (and available alternative ammunition sources), the USFS has done nothing to control the use of lead ammunition on USFS-managed land. The USFS has an obligation to act to prevent further avoidable condor deaths under its watch due to lead poisoning.

California condors were reintroduced to Arizona in 1996. Prior to this, their numbers had dwindled so drastically that the last condors were taken into captivity to prevent the species from disappearing entirely. The Condor Recovery Program has been successful in breeding and releasing condors into the wild–there are currently approximately 370 condors, about half of which are free-flying. About 70 of the free-flying condors are located in northern Arizona.

Watch a short film that shows the difference between hunting with lead and copper ammunition.