I’m teaching a three-week summer school class, Comparative Environmental Law, at Kangwon National University Law School in Chuncheon, South Korea. Chuncheon is a city of about 300,000 people about an hour train ride east of Seoul, situated on an attractive reservoir and surrounded by low mountains. It is a popular day-trip recreation destination from the big city, and many faculty members live in Seoul and commute. Befitting its setting, KNU law school is known for its environmental law program. One of its prominent environmental faculty members is Siwon Park, who received her JD degree from Lewis & Clark.

The class itself certainly challenges me as a teacher. I have 11 students in my class; they seem to understand English relatively well, but all have a difficult time speaking it. This language barrier, combined with straight lecture by professors as the traditional teaching method in Korea, makes it nearly impossible to engage students in discussions. I’ve had the students tackle some discussion questions in small groups that write down their ideas or have one person summarize, but I also have had to do a lot of talking. I try to use PowerPoint slides with lots of visuals and tell various stories to illustrate my points, but keeping people awake and engaged – for two and a half hours a day – requires a lot of effort and creativity on my part. I have a great deal of respect for all the students, however, since I can hardly imagine attempting to learn legal concepts in anything other than my native language. 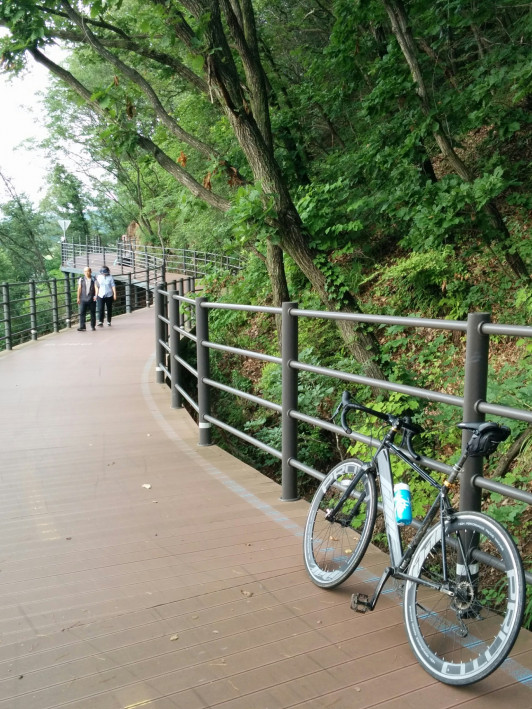 The class has taught me a lot, too. I’ve tried to make it as useful as possible for Korean students, which has required me to distill some of the essential questions in managing and protecting the environment and convey these to students. I’ve also done a lot of research into environmental law in Korea so we can compare how the U.S. and Korea each deal with these basic environmental issues.

This is my second time teaching in Chuncheon, so I know my way around town. I rented a bike soon after I arrived, so it is easy for me to get where I want to go. I also take off on bike forays for fun and exercise. Chuncheon is blessed with an extensive network of beautiful off-street bike paths, although most of them were constructed as part of the “greenwashing” to justify a series of environmentally disastrous dams and sea gates – a pet project of the last Korean president. Nonetheless, many walkers and cyclists use the paths. If you’re ambitious, you can ride all the way to Seoul – about 100 kilometers away.