Alexandra graduated from Oregon State University with a BS in Mathematical Economics in 2018. She has spent two summers at Perkins Coie here in Portland, Oregon, where she will return after graduation. She previously served as a treasurer for APALSA and a student representative on OAPABA’s board. This year she is an executive editor for the Lewis & Clark Law Review. In her free time, she likes to bake and spend time with her family. 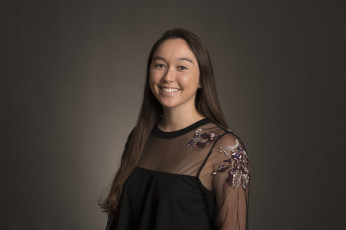 Kassie is a 2L at Lewis & Clark Law School. She was born and raised on the Big Island of Hawaii but has lived in Portland for the past 5 years. Kassie majored in Environmental Studies at Lewis & Clark College and plans to specialize in environmental law. She loves trying new food spots, hiking, working out, and going to the beach.

Kelly Chang is a 2L at Lewis & Clark Law School. Grown in the Golden State (CA), Kelly spent lots of her free time playing in the Sierra Nevada mountains. She worked at the Sierra Club as a research analyst and thru-hiked the entire Pacific Crest Trail before attending law school. To keep herself sane during law school, you can find her backpacking, climbing, or skiing in the cascade mountains or cuddling her sweet dog Penny. She’s excited to join the APALSA community and create a safe space for students to process their law school experience!

Carrie is a 2L at Lewis & Clark Law School. Carrie graduated from the University of California, Davis with a BS in Environmental Policy Analysis & Planning, and is now pursuing sustainability in law. She previously served as a 1L representative and is currently touching-up on her Chinese—if you see her during an event, feel free to quiz her language skills! In her free time, Carrie also enjoys crafting recipes, creating art, shooting arrows, and singing.

Justine is a 2L, Chinese & Vietnamese LA native that worked at the Los Angeles County District Attorney’s Office for a few years before moving up to Portland. She’s a coffee addict, foodie, and dog mom that spends the majority of her down time sleeping. She’s working on hiking at least monthly and has travelled to 10 countries. Feel free to stop her & say hi!

Sammi is a 3L at Lewis & Clark Law School. She grew up in NYC and New Jersey, where she attended Rutgers University prior to law school. She was born in Kuala Lumpur, Malaysia, and is Malaysian Chinese. In her free time, she likes reading novels (especially science fiction), hiking, amateur birding, and playing chess.

Amanda moved to Portland from Idaho and Texas. They use she and they pronouns interchangeably and are happy to talk about just about anything under the sun. When not working or in class, Amanda can ordinarily be found at a networking event near you! She intends to defend against civil rights abuses and currently works as a Certified Law Student practicing criminal defense in Clackamas County, Oregon. Her goals are to help make the legal community a more equitable industry, and the courtroom a more accessible landscape for those who have been disenfranchised or harmed by the US legal system.

Jon is a 3L at Lewis & Clark Law School. He grew up in central Ohio and graduated from The Ohio State University with undergraduate degrees in Business and History. Jon is Korean-American, his mother grew up in Masan, South Korea before immigrating to the United States several years ago. He is primarily interested in the litigation side of the legal profession. Jon previously served as President of APALSA.

Hello! My name is Jennifer & I’m originally from Southern California. I went to UCR and have an interest in IP and health law. In my free time, I like to hike, eat delicious food (like xlb, ramen, kbbq, etc), travel, and nap. I’m excited to be a part of APALSA and I’m looking forward to my 1L experience. 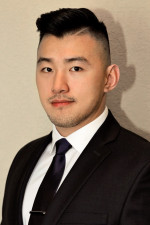 Tao is a 3L at Lewis & Clark Law School. He is half-Vietnamese and half-Chinese and is a proud former active duty United States Marine. His personality can be described as an enthusiastic motivator. He is always motivated to take on a challenge and is highly receptive to trying new things. As a veteran he is an avid believer in improving and maintaining one’s mental and physical fitness.

Mathias is a 2L at Lewis & Clark Law School. He is a man of adventure. Mathias loves his dog and often hangs out with him. He is looking forward to spending lots of time with the APALSA members and getting to know each one better.

Judy is a 2L at Lewis & Clark Law School. Judy grew up on the multicultural Pacific island of Saipan and is a true island girl at heart. Judy is Korean and is also fluent in Korean. Prior to law school, she worked as an in-house interpreter and translator at a major South Korean PC game company. While law school definitely keeps her busy, Judy always takes time off on the weekends to explore the beautiful Oregon outdoors with her husband John and their three-year old son David. 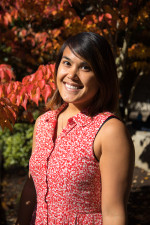 Alexis is a 3L at Lewis & Clark Law School. Alexis is Filipino-American, a.k.a. pinay, whose parents both emigrated from the Philippines and met in the United States. Prior to law school, Alexis worked in real estate and loans in Southern California, where she grew up. She has found that APALSA, OAPABA, and the wider legal-community have helped her find a home in Portland and cope with the culture-shock of crossing state lines. Alexis enjoys yoga, other fun-fitness activities, and spending time with her partner and their two large dogs.

Tess is a 3L at LCLaw. She spent the past summer externing with a public interest law firm in Cambodia. She hopes to work in environmental human rights after graduation. 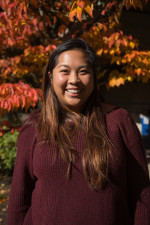 Tracey Than
Class of 2020
traceythan@lclark.edu

Tracey is a 2L at Lewis & Clark Law School and is the current 2L Representative of APALSA. She is a Vietnamese, native Portlander and has been actively involved with the Vietnamese Student Associations throughout the state since 2010. Tracey received her undergraduate degree from Portland State University and is passionate about promoting diversity initiatives, especially within the legal industry, and advocating for the underprivileged youth in the city. 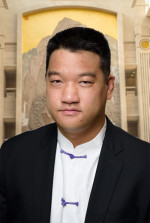 Daniel is a 3L at Lewis & Clark Law School. He is the son of Chinese immigrants who hoped he would become a doctor, but were willing to settle for a lawyer. He speaks Mandarin Chinese well enough to cuss, order food, ask someone out on a date, and impress a Justice of the Chinese People’s Supreme Court. Prior to law school Daniel worked in the small arms industry, and earned a Master’s degree from George Fox University in Intercultural Studies. Daniel enjoys spending time hiking, taking photos, wood crafting, cooking, and writing creatively.

Amanda is a 1L at Lewis & Clark Law School. Amanda moved to Portland from Boise, Idaho where she recently graduated from Boise State University with a BS in Political Science. During her time in Idaho, she worked with community organizations to facilitate positive interactions between refugees and the local residents. In recent years, Amanda and her Mom, Trang, have traveled between Vietnam and the United States in order to establish a foundation that helps fund education and general living costs for orphans living in small villages in south-central Vietnam. She enjoys spending time with animals, reading, and eating.

Chad Marquez
Class of 2018
Vice President
Chad grew up in a diverse community in Orange County, California, which influences his desire to reach out and improve diverse communities in the PNW. Chad strives to proudly represent Filipino Americans and serves as a student representative for the newly founded Oregon Filipino American Lawyers Association (OFALA) and is the Lewis & Clark’s NAPALSA representative.

Tien (Tracey) Than
Class of 2020
traceythan@lclark.edu
Treasurer
Tracey is a 1L at Lewis & Clark Law School and is the current Treasurer of the school’s APALSA chapter. She is a Vietnamese, native Portlander and has been actively involved with Vietnamese Student Associations throughout the state since 2010. Tracey received her undergraduate degree from Portland State University and is passionate about promoting diversity initiatives, especially within the legal industry, and advocating for the underprivileged youth in the city.

Sokho Eath
Class of 2019
sokhoeath@lclark.edu
Community Outreach
Sokho is a 1L at Lewis and Clark and is the current 1L representative of APALSA. A native Portlander with Cambodian ancestry, Sokho has been an active participant within local Asian Pacific and Cambodian community. A graduate of Oregon State, Sokho was the first Cambodian-American to be elected as official of the Student Body. Since then, Sokho has done graduate coursework in International Affairs and Politics, and is now serving as the President of the Cambodian American Community of Oregon, a 501(c)3 volunteer organization. Sokho is also an OAPABA Student Representative for Lewis & Clark Law.