Cows and Dogs Are Everywhere

Going abroad was an experience I didn’t know how to prepare myself for. Aside from going to Mexico once or twice when I was about five years old, I had never traveled out of the west of the states. Up until I decided to go to college in Oregon, I had only even been in California, Nevada, Arizona, and Texas. When I visited Lewis & Clark for the first time, it was my first time being in Oregon, and a month later, I also visited Washington. Still, Ireland was a whole different country and it wasn’t until I was on my flight to Ireland did it set in that I would be leaving home. Despite Oregon and my home state of California being quite different from Ireland, the fact that there are dogs and cows everywhere remains constant. 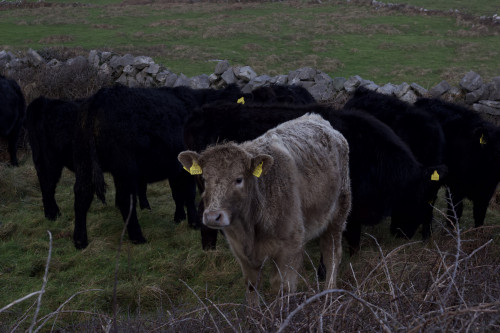 In California, I live in Chino, which is quite known for the cows. With a history of agriculture and dairy farming, theres always plenty of black and white dairy cows at the farms on the outskirts of our city. There’s hundreds of them packed onto a dirt plot with little shade in the California heat. Sometimes on the freeway throughout California, I can spot a large trailer filled with cows or other livestock, no doubt going to a slaughterhouse. Here in Ireland though, theres plenty of grassy open fields for owners to keep their cows, and these fields can be seen anytime you leave the city. Plus, Ireland has more cute fuzzy cows. Here, I don’t see hundreds of them packed onto small property. Instead, theres a few of them of them roaming freely on luscious green hundred acre properties. I also have yet to see trailer filled with livestock. I know that the cows are still being slaughtered, obviously the meat in the markets comes from somewhere, but it’s slightly more soothing knowing that the animals are treated more kindly than they are in the states. In the states, meats are sometimes labeled “free range,” and priced as a luxury. Pumped up livestock kept in crowded spaces seems to be the standard in the states, but not in Ireland. It sounds more like a pro-vegetarianism rant than I intended it to be, but I’m just happy to see happy cows on big green fields. Seeing them reminds me of home, even if their living conditions are different. 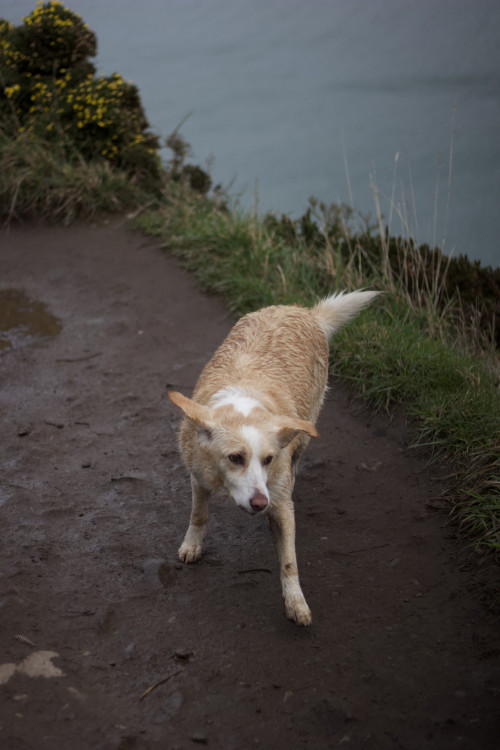 I think Dublin has Portland beat in the dogs category. While walking in downtown Portland, I see my fair share of dogs, yet I have never seen as many dogs as I have while in Dublin. I don’t think there has been a day here where I have not seen a dog and at this rate, my camera roll will have at least a hundred pictures and videos of random dogs I see by the end of the semester. I noticed that in the city, most people have dogs of smaller breeds, like Pugs or Terrier mixes. Only twice in the past nearly four weeks have I seen large breed dogs. Once was a Husky near Grafton Street and the other was a large Rottweiler outside of a fairly hipster barber shop near our apartments. Once, I spent the day at Phoenix Park and saw well over fifty dogs during the five hours I spent there. Half of them were larger breeds, yet I don’t see the larger breeds being walked around Dublin, which is quite upsetting considering I love big dogs. This past weekend at Causey Farm, I met Lucky, a sweet girl who likes to relax on the farm (photo to the right is not her), but was also told about the several farm dogs, most Border Collies, who live there too. When I asked where they were, since we had only seen Lucky, I was told they were most likely working. There were also two Border Collie puppies up for adoption, one looking nearly like my Australian cattle dog at home. So, it seems that a lot of the farms have hard working dogs to help around, which I think is so cool.

Unrelated to animals; Here in Ireland it seems that people greet with a “Hey, how are you?” without actually expecting an answer. In the states, I’ve grown accustomed to this greeting, and I actually respond with a “good, how are you?” Here, people seemed shocked when I reply, but I think it’s polite to ask about their day. I guess I’ll have to learn to just return the greeting instead of answering and returning the question too, even if I think it’s weird.