Each year, NCVLI accepts nominations for Outstanding Achievement Awards. We are honored to spotlight the honorees of this year’s awards:

This award recognizes the collaborative efforts of individuals and/or organizations that have devoted their time to advancing crime victims’ rights.

Since 2006, the Chicago Alliance Against Sexual Exploitation has worked to achieve a community free from all forms of sexual harm, including sexual assault and exploitation in the commercial sex trade, through legal services, policy advocacy, prevention education, and community engagement. CAASE’s Legal team provides free advice, consultations, and comprehensive representation to survivors of sexual harm who want assistance in protecting their civil rights, including as victims of crime, through civil litigation and within the context of the criminal justice system. Staff and pro bono attorneys represent survivors of sexual assault as they seek protective orders or engage with police and prosecutors in support of the prosecution of sexual violation. CAASE also represents clients in obtaining financial relief against their perpetrators; works to vacate and expunge criminal records for survivors of sex trafficking; and advocates for clients with landlords, employers, and schools–wherever they have legal needs. CAASE firmly insists that every victim deserves to have their sexual violation taken seriously by the criminal justice system and to have their rights as a crime victim respected throughout the criminal process and beyond. This is the work that is done by CAASE’s Legal program: making real, through legal representation, the legal rights of victims of sexual harm in Chicago.

This award recognizes crime victims’ rights attorneys who have dedicated and committed their time to representing victims of crime in the criminal justice system. 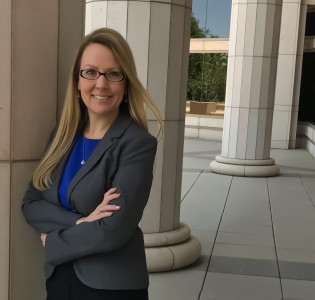 The bulk of Jamie’s career has focused on working on behalf of crime victims to promote greater access to justice within the legal system, first as a social worker and now as an attorney, with her primary focus on issues related to domestic violence, sexual violence and crime victims’ rights.  In an effort to better understand the experiences of crime victims in the courts, Jamie sought out opportunities to expand her training and experience in several key areas.  After graduating law school, Jamie worked as a civil attorney representing the surviving families of domestic violence homicide in bringing civil lawsuits directly against the killer.  In 2013, working as an adjunct professor, Jamie developed and taught the inaugural semester of both the Domestic Violence Protection Order Clinic and the Family Law Clinic which both focused on legal issues arising from domestic violence.  Following this, Jamie was recruited as a prosecutor with the Maricopa County Attorney’s Office in the Family Violence Bureau, which focused on domestic violence cases.  Currently, Jamie works exclusively as crime victims’ rights attorney to advance and protect crime victims’ rights at the nonprofit she founded, Legal Services for Crime Victims in Arizona (LSCVA).

This award recognizes outstanding efforts of an advocate, attorney, or allied professional in advancing the rights of crime victims and shedding light on often hidden issues. 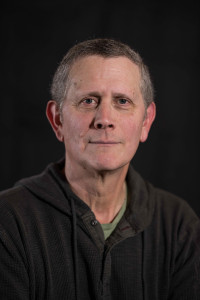 Dr. David Lisak is a forensic consultant who for three decades has studied the causes and consequences of interpersonal violence. His work has focused on the long term effects of sexual abuse in men, the relationship between child abuse and violence, and the motives and characteristics of rapists.

Dr. Lisak received his PhD from Duke University and for 23 years served on the faculty of the University of Massachusetts Boston. His research has been published in leading scientific journals, and he was the founding editor of the journal, Psychology of Men and Masculinity.

Dr. Lisak has conducted workshops in all fifty states. He consults widely with universities, the four services of the U.S. Military, the Department of Defense, and other institutions regarding sexual assault, and frequently serves as an expert witness in homicide and sexual assault cases.