Letter From the President of the Alumni Board

It is with great pride and enthusiasm that I begin my two-year term as president of the Alumni Board of Directors. It is a privilege to serve with the many dedicated members of our board and I look forward to welcoming our new members at our fall meeting.

As in past years, the alumni board has been involved in a number of activities designed to enhance the reputation of the school and its alumni base, including the selection of the Distinguished Graduate and Honorary Alumni Award recipients and the Alumni Board Scholarship student recipient. This year, the Alumni Board Scholarship selection committee—consisting of Dennis Elliott ’74, Adina Flynn ’96, Jill Tanner ’88, and outgoing board members John Kodachi ’92, Krista Koehl ’99, and Steve Shropshire ’94—chose Elisabeth Whittemore ’13 to receive this significant award. “Having four years of undergrad student loans, it may sometimes feel like law school tuition is another burden holding us back from achieving some of our dreams,” Whittemore said. “However, being an attorney in the Portland community has been a dream of mine for so long that every day at school feels like a blessing. Unlike some students who may feel that the pace and curriculum all becomes too much, I have embraced the opportunity to finally be doing something that I am passionate about. Not only do I love the professors, staff, and curriculum, but I am also appreciative of the overall Lewis & Clark Law School community.”

During our 2011 Distinguished Honors Dinner, we will present Chuck Tauman ’77 and Nancy Tauman ’78 with our Distinguished Graduate Award, and Adrienne Nelson with our Honorary Alumna Award. The alumni board’s Distinguished Honors selection committee was delighted to receive many outstanding nominations for the 2011 awards. I want to offer my thanks to the committee members—Molly Marcum ’82, Keith Meisenheimer ’76, Justin Sawyer ’01, Rob Roy Smith ’00, Tracy Sullivan ’00, and Lawrence Wobbrock ’77—for their dedication to the selection process.

Again, it is a privilege to serve as your alumni board president, and I look forward to seeing you soon at an alumni event.

Tonya Alexander ’01 started her solo practice in 2005 and specializes in the area of domestic relations, devoted herself to helping families reach peaceful resolutions. A working parent, Alexander is committed to helping peers and law students achieve their optimal work/life balance through her participation in mentoring programs and law school presentations. She was elected secretary of the nonprofit Oregon Association of Collaborative Professionals (OACP) and was founding president of her local practice group, Bridges Collaborative Divorce Solutions. Outside of work, Alexander loves kite-surfing, mountain biking, skiing, and all things Hawai‘ian. 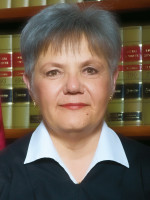 Anna J. Brown ’80 was confirmed U.S. district judge for the District of Oregon by the U.S. Senate on October 15, 1999, following her appointment by President Clinton. She has been a member of the Oregon State Bar since 1980 and engaged in private practice with the Portland office of Bullivant Houser Bailey as a civil trial lawyer until 1992, when she was appointed, and later elected, to the state court bench in Multnomah County. Brown has presided at numerous complex civil and mass tort jury trials, including as the trial judge in Williams v. Philip Morris, Oregon’s first tobacco/ product-liability trial whose punitive damages award was reviewed in multiple state appellate and U.S. Supreme Court proceedings. As a state judge, she presided in the Multnomah County Drug Court in its early years. Brown shares her extensive trial practice experience in frequent CLE programs and, for several years, she served as a member and then chair of the Ninth Circuit Model Jury Instructions Committee. She is a past member of the Gus J. Solomon Chapter of the American Inns of Court and serves as a court liaison to Oregon’s Federal Bar Association and to the U.S. District Court of Oregon Historical Society. Brown earned a BS in administration of justice at Portland State University in 1975. While attending night law school, she served as law clerk to John C. Beatty Jr. of the Multnomah County Circuit Court. Brown received the 2000 Distinguished Graduate Award, and in 2003, she received the Woman of Career Achievement Award from St. Mary’s Academy, where she attended high school in Portland. Brown, the child of German immigrants, is a lifelong Oregon resident.

Michael Eidlin ’92 is a principal program manager with Gannett Fleming, an international engineering firm headquartered in Harrisburg, Pennsylvania. He serves as the task order manager in the firm’s role as the Federal Transit Administration’s (FTA) project management oversight contractor for the Columbia River Crossing Project in southwestern Washington and Oregon. Eidlin holds a BS degree in geology from Florida State University and a graduate degree in mineral engineering and business administration from Stanford University. Prior to joining Gannett Fleming, Eidlin was a vice president with David Evans and Associates of Portland, where he was a member of the firm’s project management oversight team supporting FTA on the reconstruction of three large transit projects, including the World Trade Center, in Lower Manhattan. Previously, he was a vice president with Parsons Brinckerhoff, an international engineering firm headquartered in New York City. Eidlin was a senior project manager for transit projects in the Midwest and served as local counsel on a variety of construction matters. Eidlin’s early career was in the mining industry. Following law school, he joined TriMet as assistant general counsel. He later managed preliminaryengineering, final design, and construction for the $222 million Hillsboro extension of the Westside Light Rail Transit (LRT) Project, and preliminary engineering for the downtown Portland segment of the South-North LRT Project. Eidlin is a member of the American Bar Association Construction Forum, the Construction Section of the Oregon State Bar, and the Society of Mining Engineers. He serves on committees for the American Public Transportation Association and the American Society of Civil Engineers. 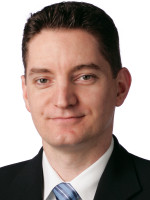 Dan Eller ’04 is an associate with Schwabe, Williamson & Wyatt and focuses his practice in the areas of tax and business law. Before joining the firm, he served as law clerk to Judge Henry C. Breithaupt in the Regular Division of the Oregon Tax Court. While in law school, Eller served as a certified law clerk in the Washington County District Attorney’s Office and as a judicial extern in the U.S. District Court for the District of Oregon. He also served as a managing editor for the Journal of Small and Emerging Business Law. Prior to law school, Eller worked in distribution sales and administrative management for a Fortune 500 company. He is a member of the Oregon State Bar, the Multnomah Bar Association, the Taxation Section of the American Bar Association, and the Owen M. Panner Inn of Court. He serves on the Executive Committee and Legislation Subcommittee of the Oregon State Bar Taxation Section, and is a director of the Portland Tax Forum. Eller also volunteers in the Lewis & Clark Law School first-year mentorship program. A member of the Cornelius Honor Society, he was a recipient of the Joyce Ann Harpole Scholarship and remains involved with the committee that awards that scholarship. In 2009, Eller served on the Law School’s Public Interest Law Project Stipend Committee. 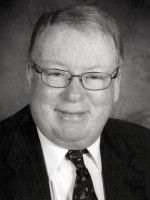 Ajit Phadke ’98 is a manager in Thomson Reuters (Westlaw), where he oversees content development for Westlaw Legal Calendaring, KeyRules, IP Filing Rules, and Drafting Assistant, products that focus primarily on rules of practice and procedure in state, federal, and international jurisdictions. Prior to joining with Thomas Reuters, Phadke worked in government, corporate, and private practice, specializing in estate planning and intellectual property. He received bachelor’s degrees in music composition and electrical engineering from Northwestern University. Phadke and his wife, Sandra, live in Portland and enjoy hiking, traveling, and the arts. They are also active in the Piano Santa Foundation, a Portland-area nonprofit.