Letter From the Dean 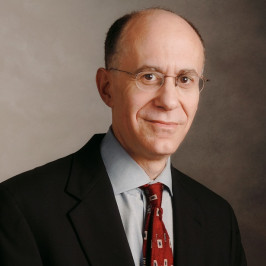 Building on the Law School’s already significant international programs, our community continues to be busy around the world. Over the last several months, several of our faculty have been away teaching and lecturing, and students have been engaged in a wide range of global pursuits. Each student and faculty member returns with reports on the great value of these experiences.

Formalizing our commitment to international programs, the Lewis & Clark Law School faculty last year approved a Certificate in Global Law. Our program is designed to give students the foundation they need to meet the challenges faced by today’s practitioners. To receive the certificate, students must complete 16 credits in global law courses and write a substantial research paper.

I’m also pleased to announce that we are launching the Global Law Speaker Series at Lewis & Clark Law School. Each year we will welcome a Distinguished Global Law Visitor and various lecturers in global law. These internationally recognized experts from academia, practice, and the judiciary will deliver a public lecture as well as interact with our campus and Portland legal communities. This year we will host a number of prominent scholars in global law, including Professor Michael Scharf of Case Western Reserve University Law School and Professor Leila Sadat of Washington University School of Law.

Students from outside the United States continue to benefit from the Lewis & Clark Law School experience while also enriching our community. In addition to foreign students who earn JD and LL.M. degrees at the Law School, we are hosting semester-long visits by students from Scotland, India, and Germany.

Our comprehensive global law efforts prepare our students for the changing nature of legal practice. Global law is a fast-growing field that transcends many boundaries, and the 200 students who are active in our International Law Society attest to both the demand for and the appreciation of our exciting program.

Examples of Recent Global Activities of Faculty, Staff, and Students

A Taste of Working Abroad: Our Students’ Own Words

Lorraine Ater ’12 spent six weeks working with Shyam Divan, one of the most prominent Supreme Court advocates in India.

“Mr. Divan’s civil litigation practice is a unique place to learn for a U.S. law student because of the vast range of issues that come into the office, and because he litigates exclusively at the Supreme Court level. I have been involved with a range of assignments, including researching strategies on how to begin to establish an animal rights jurisprudence here in India using the cow, an animal that is considered to be sacred; dissecting the procedural history of an international supply contract between an Indian importer and a Singaporean exporter; and meeting with a prominent civil rights advocate concerned with the privacy implications of pending legislation that would establish a ‘voluntary’ national identification system, which includes collecting biometric data from residents of India. Mr. Divan is a powerful presence in the Supreme Court, and a strong mentor. He makes sure to apprise [the externs] of the most interesting issues and he gives us great latitude in choosing which cases we want to engage with. I am trusted with the same types of assignments as his two supporting attorneys, with whom I share a communal office. In the long work hours we share together, [Mr. Divan and his colleagues] are willing to field our never-ending questions and to discuss, debate, and compare issues to the United States, both to satisfy their curiosity and to give us a basis from which to understand a point. They ask us questions about the U.S., we ask them questions about India. They tell stories, we tell stories. We relax over evening chai masala tea together, we share rides to and from the Supreme Court together, we stare at computer screens side by side for far too long, and so on.”

Jeffrey Van Name ’13 worked with one of the top environmental public interest law firms in India, under the supervision of attorney Sanjay Upadhyay.

“The possibility of working as an extern at one of the placements in the newly developed India program was a major contributing factor in choosing Lewis & Clark after I visited for the admitted students’ reception. To be here in India as one of the first students representing L&C at the select Indian firms is very exciting to say the least.

“The externship so far has provided a great education, going far beyond what could be achieved in the classroom environment. The work I have been involved in, including consultancy on a large renewable energy project implicating both domestic local and national law, as well as international law, has been demanding. But, from this project, among others I am involved in, I have been able to learn an entirely new legal structure. Though sharing our common law system, the Indian approach to many environmental laws (and other areas of law) is unique. I am being provided with a new perspective that I can use in comparative study of our own system as well as other foreign systems.”

Nicholas Lebo ’13 worked at one of the leading law firms in China.

“I had the remarkable opportunity to extern at King & Wood’s Shanghai office working mostly on merger and acquisitions deals and labor disputes. The former involved an outbound acquisition of a publicly traded U.S. company worth around $100 million. Because this was in the midst of simmering accounting controversies consuming many so-called ‘reverse mergers’ this year, the deal was uniquely (experimentally) structured on the Chinese side to most efficiently transfer IP/patent rights while adequately aligning incentives and providing transparency for their U.S. partners. While the world media consistently focuses on the known risks of investing in China, I believe the opportunities remain immense for those willing to take a close look at the situation on the ground.”