Margot Lutzenhiser ’07 and Adam Seitz were married October 5, 2013, in Scotland.

Rebecca Johansen ’08 and Marc Auten were married August 24, 2013, at the Multnomah Athletic Club in Portland. 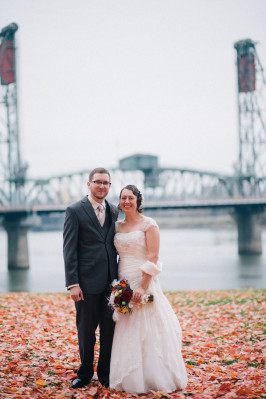 Blythe ’13 and Federico ’13Matthew Blythe ’13 and Rachael Federico ’13 were married November 9, 2013, at the Historic Old Church in Portland. They met during their first year of law school, and were happy to celebrate a new beginning after passing the bar together in July 2013.