Helping to Protect Young Athletes From the Consequences of Concussion 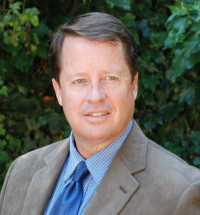 All 50 states now have sports concussion statutes intended to protect young athletes from traumatic brain injuries. But the movement started in Oregon, the first state to pass such legislation, in 2009. “Max’s Law” mandates concussion-recognition training for high school coaches in all sports. Instrumental in the development, promotion, and passing of the law—as well as the closely related “Jenna’s Law,” which went into effect January 1, 2014—was Portland personal injury attorney David R. Kracke ’90.

Kracke (pronounced CRACK-ee) has devoted an extraordinary amount of time and energy to raising awareness of the dangers of concussion—an injury to the brain resulting from an impact, usually to the head. In particular, he is focused on the heightened risks posed by repeat concussions, such as the two Max Conradt, an Oregon high school player, sustained in football games within a week of each other. After experiencing the second concussion, Max lay in a coma for four months. Today, he is in a long-term care facility and struggles with performing the most basic physical tasks.

Max’s Law helps protect student athletes. Of course, the risk of concussion is not limited to school sports programs. That is what led Kracke to advocate for—and write the initial draft of—“Jenna’s Law,” which makes concussion education a requirement for all youth sports, including recreational leagues and the like. “In other words, if a kid is playing organized sports in a league of any kind in Oregon, Jenna’s Law applies,” Kracke said. The legislation was named after a former championship skier from Sisters, Oregon, who experienced 11 concussions over a period of years and now suffers from headaches and other health challenges.

Oregon’s concussion laws are among the most sweeping in the nation, Kracke said. “After Oregon and Washington passed theirs, other states got on board. It is exactly what we hoped, but I don’t think anybody expected this tidal wave.” National awareness now is such that “you can’t talk about sports without talking about concussions.” About Jenna’s Law, he said, “It will create an entire community of players, coaches, referees, and parents who are educated about and aware of the terrible risks posed by concussions. It promises to be literally a lifesaving law.” 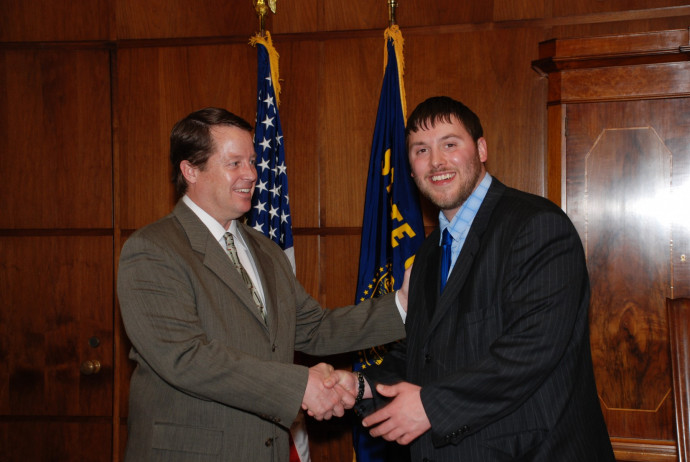 Kracke, who has long been active with the Brain Injury Alliance of Oregon, testified before both houses of the legislature and worked with lawmakers, physicians, and others to pass both bills. They require coaches to be taught about the symptoms and potential seriousness of concussions and repeated concussions. The laws also stipulate that players sustaining head injuries must be taken out of play and not allowed to return without a medical release.

Kracke first became aware of head injuries when he was 12 years old. His brother, who was 10 at the time, took a bad spill from a skateboard, hit his head on the pavement, and experienced amnesia—he couldn’t even recognize his own family. “Subliminally, it had a profound effect on me, that event,” Kracke said. His brother recovered fully, but “he certainly had post-concussion syndrome for a time.”

Around the same time, Kracke got involved in politics, working on the campaign of an assemblyman. By the time he was in college, he was running political-science lunches and serving in the student senate. He began thinking about a career in law. “I worked at a couple of law firms during undergrad and then again after I graduated, but before I took the LSAT, just to make sure.” When Kracke was 24, he took a year off from his work coordinated political campaigns to travel around the globe. “The trip was a chance to see the world before I entered into my professional career.” He applied to law school while in Thailand.

At Lewis & Clark, Krake studied international environmental law and participated in moot court competitions, receiving recognition for best oral argument and best brief. He also served as editor-in-chief of the journal International Legal Perspectives . He went to work for Portland lawyer Craig A. Nichols immediately after passing the bar. He then joined a medium-size firm for a couple of years, followed by sole practice. In 1997, he returned to Nichols & Associates, where he became a partner and has remained ever since. The firm handles business law and personal injury work, and Kracke specializes in traumatic brain injury cases.