Did you know? Celebrating Black History Month with interesting facts

In honor of Black History Month, the Black Law Student Association gathered interesting facts about the people, events, and places that influenced history. This week’s fact was gathered by law professor Janet Steverson.

This newspaper article announces the appointment of Judge Brown to the municipal bench, and points out that he was the only “Negro” judge in Oregon, and one of 13 in four western states at the time. 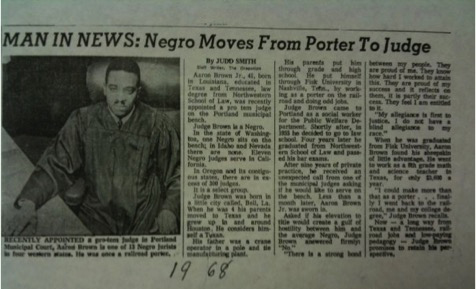