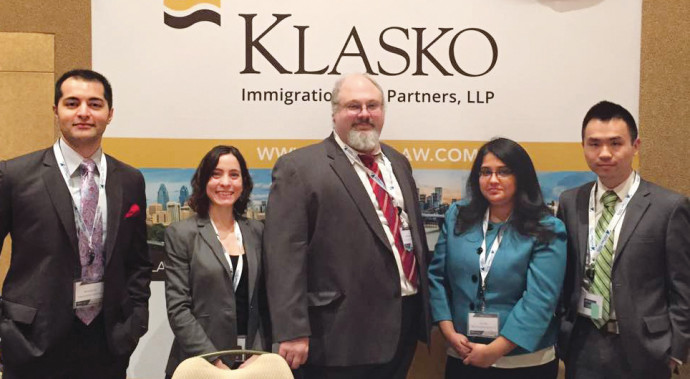 Rohit Kapuria ’12 is patient as he explains what he does for a living. “There are a lot of complexities in this work. There are so many things at play.”

Kapuria practices EB-5 law, which derives its name from a type of immigration visa available to certain foreign investors. EB-5 is predominantly used as a form of private equity financing for large real estate transactions. To qualify for EB-5 status, an individual must invest at least $500,000 and as much as $1,000,000—depending on the circumstances—in a U.S. special purpose entity and must prove that such funds will be used to create jobs in the United States. 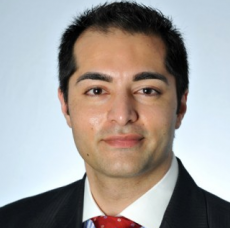 EB-5 attorneys advise U.S. businesses seeking financing from non-U.S. investors, which takes the form of a private securities offering, as well as represent foreign investors who are interested in obtaining EB-5 visas. “My legal practice is more transactional and financial than typical immigration work,” said Kapuria. He describes himself as a “deal attorney,” working in private equity, corporate and securities, real estate, finance, and tax law, in addition to immigration law. “Business development is an exciting part of what I do. It’s very important to deal attorneys.”

Most of today’s EB-5 work is focused on private offerings conducted in China. Kapuria focuses on offerings in India, Qatar, and the United Arab Emirates, where he sees increasing potential.

Born and raised in Nigeria to parents who were originally from India, Kapuria entered the United States as an undergraduate. He majored in international business and politics at Calvin College in Michigan, and later pursued a graduate degree in international and mathematical economics at the University of San Francisco.

Kapuria decided to seek a legal degree after a law and economics course at USF piqued his interest. He chose to attend Lewis & Clark Law School after visiting. “I loved the campus. I loved Portland. Everything seemed like the right size—intimate yet dynamic,” he said.

“Professor George Foster had a big influence on me,” recalled Kapuria. “I spent a lot of time with him, took all of his classes, and ended up earning a global law certificate. Foster shepherded me as I was figuring out what to do.”

Kapuria also credits adjunct professor Dagmar Butte, the law school’s Jessup International Moot Court coach, with helping him learn crucial analytical debate skills and kick-starting his career. “It was Dagmar who opened the door,” he said, explaining that she set up a meeting between Kapuria and the managing partner at Klasko Immigration Law Partners, a Philadelphia boutique law firm that is a leader in EB-5 work. “I thought I would come away with a few connections to people doing global law,” said Kapuria. “Instead, I left with a job offer.”

A couple of years later, his wife moved to Chicago to pursue a neuromuscular fellowship. After Kapuria endured a year of weekly commutes between the two cities, Klasko agreed to open an office for him in Chicago.

In August 2016, Kapuria was named a Top 5 EB-5 Rising Star by EB5 Investors Magazine. He will soon be leaving Klasko to join the EB-5 team at a much larger firm, Arnstein & Lehr.

In Kapuria’s rare spare time, he runs the business and legal side of his wife’s medical practice. “I work ridiculous hours and don’t get much sleep, but I love what I do.”