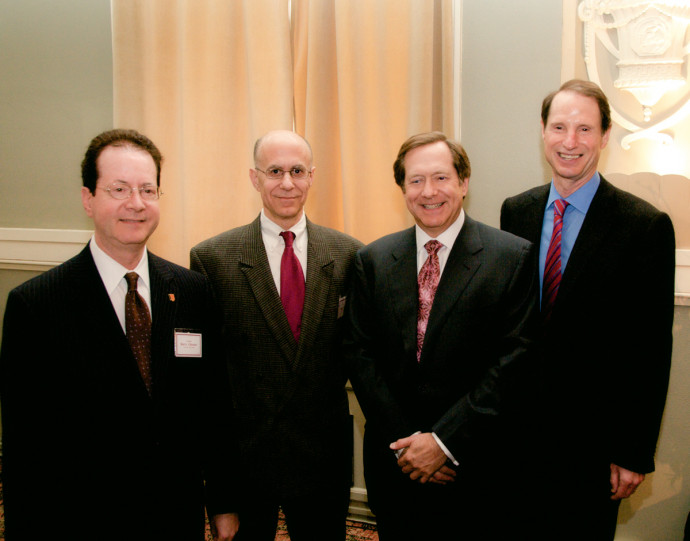 The Annual Business Law Spring Luncheon, honoring our students, adjuncts, and donors, drew a record crowd of over 200 people to the Heathman Hotel on Thursday, April 28.

Jordan Schnitzer followed with a moving tribute to his father, Harold, who had passed away earlier that week.

At the end of the ceremonies, Jordan Schnitzer announced that he and his mother, Arlene Schnitzer, were making a major donation to the Law School in support of the future Jordan Schnitzer Faculty Scholar.