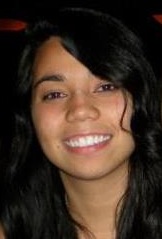 Alyssa Sappenfield ’15 has been named a 2014 Shepherd Legal Scholar. Shepard Scholars are activists heading into their last year of law school, dedicated to donating some aspect of their legal expertise to fighting bigotry and discrimination, with an emphasis on the rights of sexual minorities. They are required to demonstrate a healthy balance of academic success and activist commitment.

The scholarship is named after the late Bill and Ann Shepherd, who in the mid-1970s cofounded what would become the Portland chapter of the International Federation of Parents, Families, and Friends of Lesbians and Gays (PFLAG). Bill practiced law in Oregon for over 56 years, up until 10 days before his death in 1995, donating countless hours of pro bonowork to the fledgling LGBTQ civil rights movement.

Sappenfield says she is humbled to be among the many esteemed honorees of the Shepard Scholarship. “It has been a breath of fresh air to be part of such supportive and vibrant communities, here at Lewis & Clark and in the greater Portland area. I come from places where such support for LGBTQ rights was rare or drowned out by more virulent voices. I am truly thankful to have had a range of experiences so I can appreciate where I am now and be a lifelong advocate for the marginalized.” 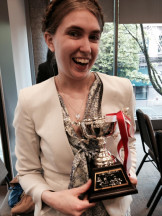 Lauren McDonald Vicharelli ’14 took top honors at the 2014 Toyama Cup Japanese Speech Contest. The event brings together university students from all over Oregon, Southwest Washington, and Idaho and is extremely competitive. Vicharelli was awarded first place in level two. The topic of her speech was the great difference in the number of lawyers in Japan and the United States, with some musings on whether cultural factors are behind this disparity. Vicharelli also received the overall grand prize, an all-expense-paid trip to Japan.