Then and Now: Starting Law School

By Shannon Davis, Assistant Dean for Communications and Admissions

Like most law schools in the United States, ours started out small. When the University of Oregon’s Portland-based law department became the private Northwestern School of Law in 1915, there was no campus—just a room in a building. The first group of students could fit around a single table. There were no full-time faculty, either; instructors practiced law during the day and taught at night. The program ran two hours an evening, three times a week.

At that time, our students earned their law degrees in three years of part-time study, and a bachelor’s degree was not a prerequisite. According to Northwestern College of Law Announcements 1916-17, prospective students needed to be 18 years of age, have a high school diploma, and show evidence of their moral character to be eligible to take law classes. Applicants who had not completed high school were asked to “present satisfactory evidence that they are prepared to pursue the work with advantage to themselves and without disadvantage to the school,” although exactly how they were to do that is not clear. Once these terms were satisfied, students were allowed to register: no tests, letters of recommendation, or carefully crafted personal statements required. None of this was unusual. It would be 1952 before the ABA would set strict standards for acceptance to the bar and implement a formal process for accrediting law schools.

Lack of daunting admissions requirements aside, students still needed to pay tuition. In 1915, that amounted to $60 for the first year and $75 for each of the second and third years. 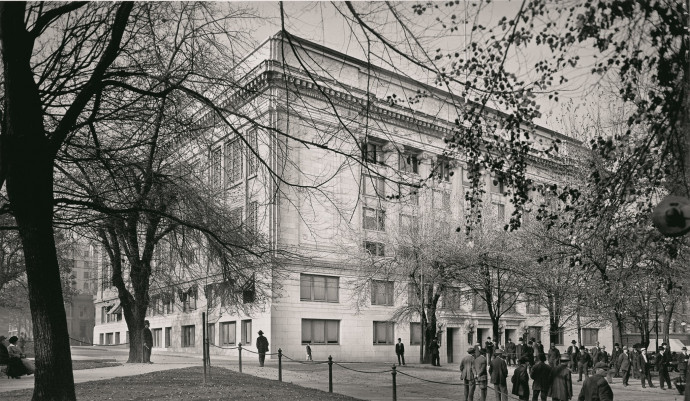 The law school occupied a single room in the Multnomah County Courthouse in 1915. The class that entered that year had 10 students: eight men and two women.

Fast-forward a century and much has changed. Applying to law school is far more involved now and admission is decidedly more competitive. Applicants often spend a year or more preparing their materials. They are required to complete a bachelor’s degree, achieve commendable scores on the Law School Admission Test (LSAT), write a compelling personal statement, provide two glowing letters of recommendation, and submit a thorough resume of work experience and activities. Those who are selected to interview must also impress a school representative.

The course load has altered dramatically, too. Our full-time law students now take five courses a semester, totaling 14 hours in class each week, for three years. Part-time students take four courses a semester, spending 11 hours in class every week, and study for four years. Summer school sessions and the ability to switch between a part-time and full-time load allow students to graduate in as little as two and a half years, or take as long as seven years. 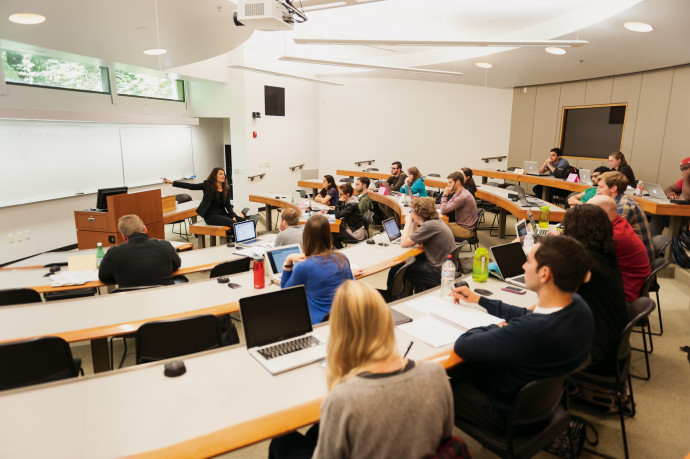 And then there’s tuition. The cost of a legal education, like that of nearly everything else in the marketplace, has increased significantly over the last century. For the 2015-16 academic year, the “sticker price” at Lewis & Clark is $41,278 for full-time students and $30,956 for part-time students. Many current-era students receive scholarships and grants that reduce the actual cost of attendance, but it’s safe to say the final numbers are still quite a bit higher than those of 100 years ago.

We have few specifics on the class that entered Northwestern College of Law in 1915. There were ten students (in just a few more years, that would grow to around 130). It’s interesting to note that two were women. At the time, less than 3 percent of law students in the nation were female.

The details of this August’s incoming class reflect a century of progress and change. There are 175 students, 51 percent of whom are female. Underrepresented ethnic minorities constitute 26 percent of the first-years. Twenty-three of our new students are in the part-time, evening program. The average age is 27. Unlike the students of 1915, all of whom were local, nearly 70 percent of our starting students are moving to Oregon from another state in order to attend the law school. We estimate that about half of them will practice elsewhere after they graduate.

Legal education in America has evolved, and our school has, too. But despite the enormous growth and change we’ve experienced over the past century, Lewis & Clark Law School holds many of the same values at its heart. A long history of collaboration between faculty and students, a strong commitment to part-time education, and a well-deserved reputation for providing an excellent legal education remain at its core and continue to draw students through its doors.