The Right Dean for the Times

“Law school dean” may conjure up for some the image of mahogany-lined offices and leather armchairs, a comfortable life of lofty scholarship—and maybe even a reserved parking spot. Unlike the tenants of those dean dream offices, though, the deans of Northwestern School of Law of Lewis & Clark College have had to be hardworking and creative, ready to roll up their sleeves and roll with the times. It hasn’t always been easy being dean.

Right from the start, being the dean of Northwestern College of Law was unlike being the dean of any other law school. When the University of Oregon’s board of regents announced in 1913 that its law program would shortly move to Eugene, Dean Calvin Gantenbein responded by purchasing the program’s Portland assets. As John Clinton Geil wrote in his history of the law school, “this practice of dedication and sacrifice set the pattern for the remainder of the independent night school’s existence.” Northwestern College of Law started life with the previous University of Oregon law program’s dean, faculty, student body, and home—the seventh floor of the Multnomah County Courthouse.

The new law school continued as an evening school, largely because most of its faculty worked by day as judges—including Gantenbein. He continued serving as dean until his death in 1919.

Following his father’s death, James W. Gantenbein ’22, the judge’s oldest son and part owner of the law school, asked Oregon District Court Judge J. Hunt Hendrickson to become dean. There was no national search, no approval by a board of regents or trustees— just the progression from contracts professor to dean, based on the request of a friend. Hendrickson kept his day job as a judge, as well as his evening job as a professor. As a result, he came to rely heavily on Registrar Charles R. Spackman Jr. ’23, and later Assistant Dean John Flint Gantenbein ’34, for the day-to-day management of the law school. 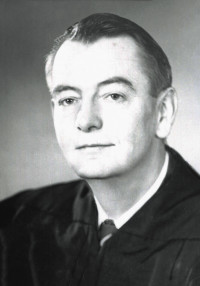 During World War II, enrollment declined precipitously as many young men and women joined the war effort. To support the school’s financial viability and keep the doors open, Gantenbein and his wife, Alice, sold their house and borrowed money to buy out two other owners of the law school, giving John a controlling interest. During the day, he worked as an attorney in his own law office, as well as fulfilling the roles of law school registrar and librarian. At night, he worked a graveyard shift at the local shipyards to help keep Northwestern College of Law afloat. He drew no salary from the law school for three years. To help pick up some of the administrative slack, especially when Gantenbein himself was called to military service, attorney Robert S. Miller served as acting dean from 1942 to 1946.

Gantenbein became the law school’s sole owner in 1947. In 1958, he sold the school to a nonprofit, but stayed on as registrar.

Gantenbein stepped in to shepherd the law school one last time during and immediately following the 1965 merger with Lewis & Clark College, working with law school trustees to help broker the arrangement. 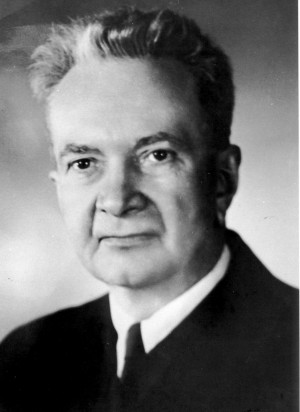 Judge James W. Crawford had served as president of the Oregon State Bar, a state senator, and circuit court judge prior to becoming dean. As all of the Northwestern College of Law deans before him, he continued to serve on the bench during most of his tenure with the school. Under Crawford, the law school moved into three classrooms in the Geisy Building on Southwest Park Avenue, its final home until Northwestern’s merger with Lewis & Clark College in 1965.

George Neff Stevens was the first full-time dean of the law school, which had been renamed the Northwestern School of Law of Lewis & Clark College. In keeping with his predecessors’ lack of pretense, Stevens set up his first office in the garage of his home. It was here that he planned and applied for the law school’s American Bar Association accreditation.

As graduates of an unaccredited law school, alumni could be admitted to the Oregon State Bar, but not to the practice of law in most other states. The merger with Lewis & Clark and the establishment of a full-time deanship were both intended to help move the law school toward accreditation. That pursuit was the focus of Stevens’ tenure. To become accredited, the school still needed to acquire a permanent physical campus and a full-time faculty. After-hours classes taught by local attorneys and judges in rented office space could no longer constitute the law school’s entire operation.

Professor Jack H. Cairns ’54 was a signatory to the 1965 merger agreement with Lewis & Clark College. A part-time professor and trustee- proprietor of Northwestern College of Law, the alumnus became one of the first three full-time law faculty members following the merger. He was named interim dean in 1968. Keen to establish a permanent home for the school, Cairns helped launch a major campaign that funded the purchase of land for the campus and the construction of its first three buildings. 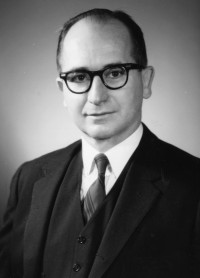 Harold Wren enthusiastically continued working toward accreditation. He oversaw the construction of and move to the current campus, recruitment of a full-time faculty, and a reorganization of the law school administration. In 1970, Lewis & Clark Law School was granted provisional accreditation.

Wren must also go down in history as having killed a proposal to apply to open a pub on campus: He cast the tie-breaking vote at one the school’s first regular faculty meetings. 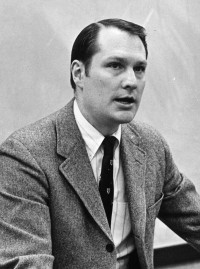 Fred Fagg III had served as associate dean under Harold Wren. As he wrote in 1981, in the first issue of The Advocate, “Each decade in the history of the law school has brought with it some change. No decade, however, has witnessed greater change than the 1970s.” Fagg’s tenure saw permanent accreditation by the American Bar Association and the Association of American Law Schools, the beginning of the full-time day division program, and the establishment of Lewis & Clark Law Review. Despite the changes, he noted the “constancy” that harkened back to the earlier days of Northwestern College of Law: “Flexibility and opportunity are available to those whose economic situation precludes them from attending law school on a full- time basis. We continue to be a small institution of quality, where close interaction can exist among students, faculty, and staff.”

Arthur LaFrance was named dean in 1982. The Edmund O. Belsheim Professorship, the law school’s first endowed faculty position, was established during his tenure. Following his term, LaFrance stayed on as a professor, retiring from the school in 2008.

After stints as associate dean and then acting dean, Steve Kanter was selected in 1986 to lead the law school on a permanent basis. It was another time of transition; law school applications were down nationally, and Lewis & Clark was not immune to the decline. Kanter responded by including all constituencies—faculty, administrators, staff, alumni, and friends—in the effort to recruit excellent students. These “informal ambassadors,” as he called them, were able to spread the word about the high degree of social consciousness and public service valued by the school’s students and faculty, and the challenging, yet informal and mutually supportive intellectual environment. “That has been a constant energy through the school’s eras. It seems to have gotten renewed continuously, and it really makes us unique and wonderful,” Kanter says now. From its beginnings, the law school “has always been an opportunity school, so it attracts really interesting, talented people to pursue avenues they might not otherwise have done.”

Associate Dean Susan Mandiberg says that Kanter was “the right dean at the right time.” During Kanter’s tenure, the law school’s reputation grew nationally and internationally, the number of female and international students increased, the Environmental Law Program consistently achieved top rankings in U.S. News & World Report, and the endowment grew from $1.5 million to $7 million. 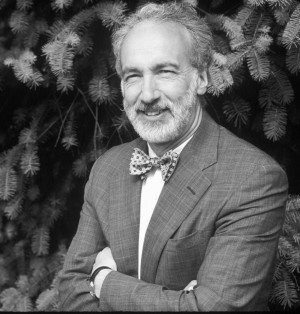 Erskine Wood Sr. Professor of Law Jim Huffman, nationally known for his work on the relationship between environmental law and natural resource rights, adopted Kanter’s collegial approach. During his era as dean, the law school expanded the Environmental Law Program—ranked #1 in the nation—and strengthened the Business Law Program. “Whenever I have the opportunity,” he wrote in the fall 2005 Advocate, “I remind students that the best environmental lawyers are those who understand business and that business lawyers cannot adequately serve their clients without some knowledge of environmental laws.”

During Huffman’s time as dean, the full- time teaching faculty grew from 34 to 43 and the law school’s endowment expanded to $43 million. He also oversaw the construction of Louise and Erskine Wood Sr. Hall, which added 40,000 square feet of space for students and faculty and seamlessly connected to Boley Library.

Professor Lydia Loren was the first woman to lead the law school. As interim dean, Loren said that her primary goals were to aid in a smooth transition, and to maintain the forward momentum that the school had established as a leader in educating students and successful leaders, and a supportive home for faculty scholarship.

“It was my top priority as dean to establish faculty positions to honor our extraordinary faculty,” says Bob Klonoff, who became dean following a national search. To that end he worked tirelessly to raise funds, increasing the number of endowed professorships from three to nine. Klonoff also raised the national and international profile of the law school by bringing renowned speakers to campus; there were an impressive five visits from justices of the U.S. Supreme Court during his tenure. Finally, he worked to build relationships with international law schools, making externships and other new opportunities available to Lewis & Clark students.

Klonoff’s deanship was marked by major transitions in the economy and legal education. “For my first four years, the law school climate nationally was outstanding, and schools everywhere were thriving. During the last three years, student applications across the country began to decline, and the press began to focus on the negatives of legal education.” Klonoff made it a point to reach out personally to applicants and to find posi-tions for graduates. He spent countless hours making phone calls, writing letters, and asking alumni to help students with their job searches in the difficult market.

Now the Jordan D. Schnitzer Professor of Law, Klonoff says, “Having the honor of leading such a great school is something I will cherish for the rest of my life.”

In June of 2014, Erskine Wood Sr. Professor of Law Jennifer Johnson became the first female dean of the law school. As the legal market continues to adjust, Johnson says the biggest challenges she faces remain in admissions and graduate employment. But she also sees many opportunities to leverage the strengths of the law school, such as demonstrating that its nationally recognized programs are “bigger than the sum of their parts.” In her first year as dean, she hosted the Eat, Drink, Law Food Symposium, which was cosponsored by the Business Law, Environmental Law, and Animal Law Programs. As Lewis & Clark celebrates the law school’s centennial, Johnson says she looks forward to welcoming alumni and friends to campus throughout the 2015-16 school year.