The Past and Future of Energy Law

The energy system in the United States is undergoing a major transformation. What does that mean for energy law and those practicing it? 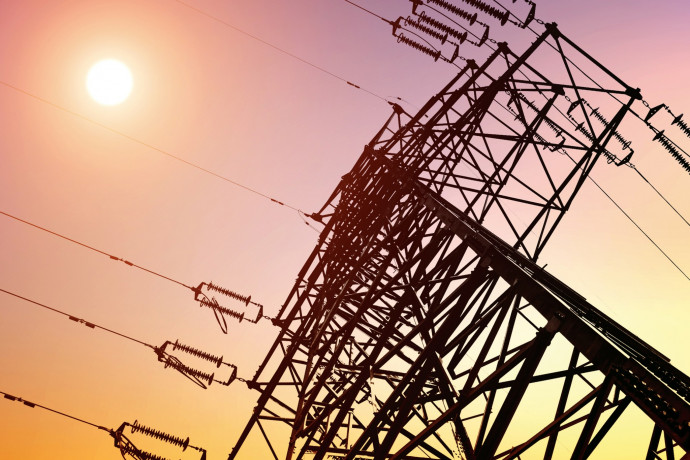 In March 2016, coal fueled only 23 percent of the nation’s monthly electricity production, while natural gas contributed nearly twice that amount. Just a decade ago, those numbers would have been considered preposterous.

Coal provided nearly half of the country’s electricity in the mid-2000s and the United States was in the midst of a so-called “coal rush” that promised to increase coal’s share moving forward. Although natural gas’s share of the electricity market was starting to grow, few people expected much to come of it. If anything appeared poised to knock coal from its dominant position, it was nuclear power.

Today, however, technological improvements, market forces, and regulatory changes have profoundly altered the structure of the U.S. energy system. Coal is down, gas is up, the future of nuclear is highly uncertain, and an increasing number of energy experts believe the United States could soon obtain all of its electricity from renewable sources.

Change is nothing new when it comes to energy; history teaches us that the energy sector is nothing if not dynamic. As important as energy production and consumption have been to U.S. development and economic growth, they have also been sources of repeated volatility.

Of Waves and Roller Coasters: A Brief History of Nuclear and Natural Gas

Consider nuclear energy. From the 1950s until the 1970s, nuclear seemed on the verge of becoming the U.S. fuel of the future as part of the “Atoms for Peace” program that sought to limit access to warfare nuclear technologies while turning nuclear power into a source of peaceful and clean energy. Capital costs were high, but the promise that nuclear power would eventually become “too cheap to meter” prompted a flurry of investments, construction contracts, and regulatory approvals to bring more than 200 new nuclear power plants online in the United States. 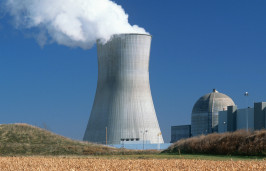 Then, in the 1970s, it started to fall apart. Economic, legal, and technical hurdles forced the cancelation of many proposed (and some fully constructed) power plants. By the time of the Three Mile Island nuclear accident in 1979, only about half of the planned nuclear units had come online, and stranded costs (debt incurred to build plants that were later canceled or decommissioned) exceeded $40 billion, leaving ratepayers and investors in the lurch. Stung by the resulting backlash, regulators refused to approve new investments in nuclear energy. For the next 30 years, it seemed that nuclear was doomed to be a legacy power source that would eventually disappear altogether from the energy mix.

That was until the century and the tide turned. In the 2000s, growing concerns about climate change prompted hopes of a nuclear renaissance. The industry reemerged, as did plans to complete construction of the high-level waste storage facility at Yucca Mountain. But just as “nuclear 2.0” was gearing up, a series of disconcerting incidents took place. Japan’s Fukushima nuclear plant melted down following massive seismic and tsunamic events in early 2011. The Obama Administration abandoned its efforts to build the Yucca Mountain project. The newly retrofitted San Onofre Nuclear Generating Station in California failed in early 2012. Yet again, there were serious doubts about the viability of nuclear power. 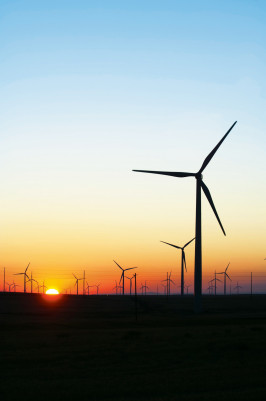 It is hard to predict what will happen with U.S. nuclear energy. But if what’s past is prologue, it seems safe to say that nobody should count the industry out.

If nuclear power’s profile of expansion and contraction over the last few decades resembles a wave, the natural gas industry’s profile looks like a roller coaster. Indeed, the CEO of Duke Energy reportedly quipped, “Ben Franklin said there are two certainties in life: death and taxes. To that, I would add the price volatility of natural gas.” Despite—or maybe because of—this volatility, natural gas has played a major role in the U.S. energy system.

Between the early 1970s and the early 2000s, the price of natural gas bounced around wildly. The development and implementation of hydraulic fracturing and horizontal drilling methods in the years that followed, however, have created a so-called “golden age of gas.” Massive investment in natural gas infrastructure and the resulting abundance of the fuel appear to be leading contributors to coal’s recent decline. Some argue that cheap gas has hurt the prospects of nuclear power and renewables, as well.

For many in the energy sector, the critical question is whether natural gas will remain cheap or will instead become more expensive as extraction costs rise. If gas prices go up, the U.S. power system may be vulnerable to another round of electricity price hikes and stranded costs associated with the recent infrastructure build-outs.

Whether the United States stays with natural gas may depend on the next major emerging energy source: renewable energy.

The Growth of Green

This growth reflects remarkable changes in energy costs, technologies, and policies. Compared to just a few years ago, renewable generating plants have become more efficient and cheaper to build, and new technologies to store, conserve, and deliver electricity have come online at an unprecedented pace. Various studies have demonstrated how the United States could produce all of its electricity from renewable sources by the middle of this century, and even the more moderate estimates call 80 percent a viable goal. At the same time, renewables have undergone their own boom-bust cycles, largely due to expiration deadlines of the short-term incentive and tax credit plans that dominate renewable energy policies. Even so, backers see a rosy future for these emerging energy sources, particularly if policies provide greater certainty to renewable energy investors and developers. Finally, the urgency of climate change makes a transition to renewables ever more likely.

The Evolution of Utilities

Ongoing shifts in the energy mix are only one part of the changing energy picture.

Since 2008, Lewis & Clark Law School has been expanding its offerings to prepare new lawyers for the ever-changing energy systems in this country and abroad. In 2012, we created the Green Energy Institute, an organization focused on developing smart policies for the energy transition. In addition to growing our set of energy law courses (nine and counting), we have created a separate track for students who want to specialize in this area. Over the next year, we will be working to expand connections between our growing energy program and our amazing energy-focused alumni.

Since the mid-1990s, the electricity sector has experienced profound structural changes focused on the ownership and regulatory models governing the vertically integrated, investor-owned utilities that owned and operated most of the electricity system for its first 100 years. Traditional regulatory theory viewed these utilities as natural monopolies immune to competition. Under this theory, the utilities received franchises to operate as monopolies subject to extensive state regulation. The utilities benefitted from economic stability associated with rate regulation and guaranteed recovery of their capital investments, while ratepayers benefitted from relatively stable prices and access to guaranteed services.

In the 1990s, this traditional model changed when about a third of the country restructured electric utilities to increase competition at the power generation level. More states were heading down that path when California’s electricity system collapsed due to poor design and market manipulation. Scared off by California’s resulting energy crisis, many of these states abandoned their restructuring plans. Today, however, the rise of affordable rooftop solar, batteries, and other components of the so-called “smart grid” has reinvigorated the debate regarding restructuring. It’s too soon to tell how the discussion will play out, but it is safe to say that utilities of the 21st century will look little like their predecessors.

Changes in the heating and transportation systems make this even more likely. For decades, policymakers and efficiency experts have decried the use of energy-intensive electric heating systems and promoted natural gas heating for its efficiency. But as concerns about climate change grow, efforts to decarbonize energy systems do, too, leading some to promote electric-based heating once again. Perhaps more significantly, engineers and energy planners have begun to design integrated energy systems in which petroleum-fueled vehicles would give way to a combination of electric personal vehicles and heavy-duty vehicles powered by a mix of renewable biodiesel and hydrogen fuel cells. In other words, over time, the vast majority of heating and transportation systems could become integrated with the electric grid.

For current and future energy lawyers, the volatility and uncertainty inherent in the U.S. energy system present extraordinary opportunities and, sometimes, challenges. As our alumni attest in the following pages, energy law is a complex and rewarding field. Lewis & Clark Law School is excited to be a part of this dynamic sector.