This year’s winners are:

First Place: Dwight Mears, India’s Retreat from Investor-Friendly International Investment Agreements: Having Its Cake and Eating It Too

For the first time in this competition, both of the winning papers were written in the same class: Professor George Foster’s International Investment Law. Both papers explore issues involving international investment agreements (IIAs)—treaties pursuant to which countries confer benefits and protections on foreign investors in an effort to entice those investors to put their capital and expertise to work within the host state’s territory. 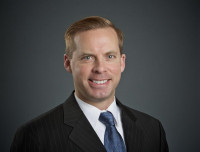 Dwight’s paper evaluates India’s recent decision to make its IIAs less accommodating toward investors, so as to give India more flexibility in regulating for the public interest and minimize the risk of investor claims.  Dwight argues that India’s adjustments to its IIAs likely will not have much impact on investment flows, and contrasts India’s approach with recent measures taken by South Africa, which he views as more likely to deter investment. 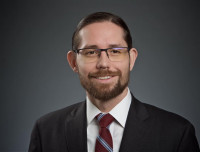 Ramon HendersonRamon’s paper engages controversies surrounding “denial of benefits” (DOB) provisions in IIAs: clauses that give host states the right to deny treaty protections to foreign investors under some circumstances. After analyzing the relevant treaty language, historical context, and case law to date, Ramon offers suggestions about how DOB provisions should be interpreted.  Yet Ramon ultimately concludes that treaty parties should dispense with DOB provisions altogether and use other methods to limit investor protections.

“These papers rose to the top of an unusually large pool of submissions,” he said. “They were distinguished by the sophistication and depth of the authors’ analyses, and the extent to which they engaged counter-arguments. The authors’ polished writing skills also made supervising these papers a pleasure.”

The International Law Committee would like to congratulate both winners and express its gratitude toward Davis Wright Tremaine for the firm’s ongoing support for this award program.