Elected officials, business leaders, regulators, and policy advocates came together for Re-energizing the West, a conference organized by the Green Energy Institute (GEI), a research center of the law school’s Environmental, Natural Resources, and Energy Law Program. The purpose of the event was to open a discourse about the legislative and economic forces catalyzing a future for clean energy in the West.

“The costs of renewable energy have dramatically decreased,” noted law professor and GEI founder Melissa Powers ’01. “At the same time, we’ve witnessed great innovation in energy technology. Now we need to come together to take advantage of these economic forces toward renewable energy.”

U.S. Senator Jeff Merkley (D-OR) provided opening remarks, highlighting the progress under state and local policies. California, Oregon, and Washington are among 14 states whose governors have sworn to abide by the greenhouse-gas- reduction commitments in the Paris Agreement despite the federal administration’s withdrawal.

Business leaders addressed the importance of a robust grid to transport renewable energy to consumers. Several efforts are under way to regionalize the transmission grid, beginning with the creation of an energy imbalance market. This market would enable states to tap into excess electricity in other states in real time, allowing for the variability of renewable energy, reducing the need for additional generation, and saving consumers tens of millions of dollars annually.

The speakers maintained that the opportunities posed by renewable energy should not be painted as a partisan issue. Sarah Hunt, director of the Center for Innovation and Technology at the American Legislative Exchange Council, a conservative organization, said there is a strong right-wing case to be made in favor of renewable power.

At the conclusion of the conference, Powers joined Don Furman of Fix the Grid to encourage participants to be more ambitious and comprehensive in their decarbonization efforts. “We are not sure that the policies we are implementing will achieve 100-percent renewable energy,” said Powers. “This gathering is a beginning to ensure a future of carbon-free energy.” 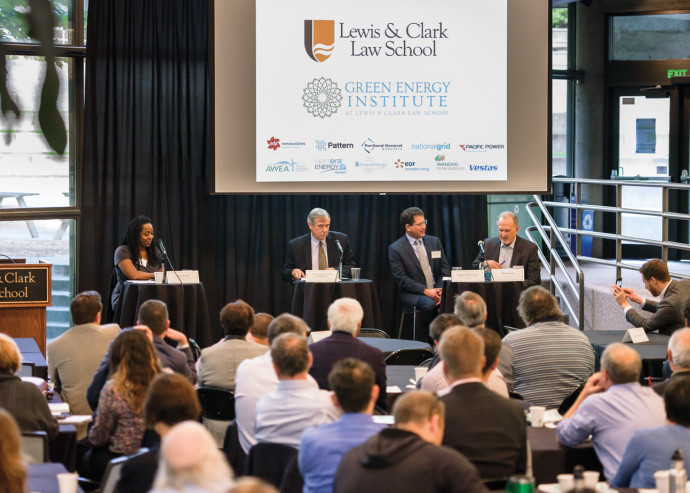