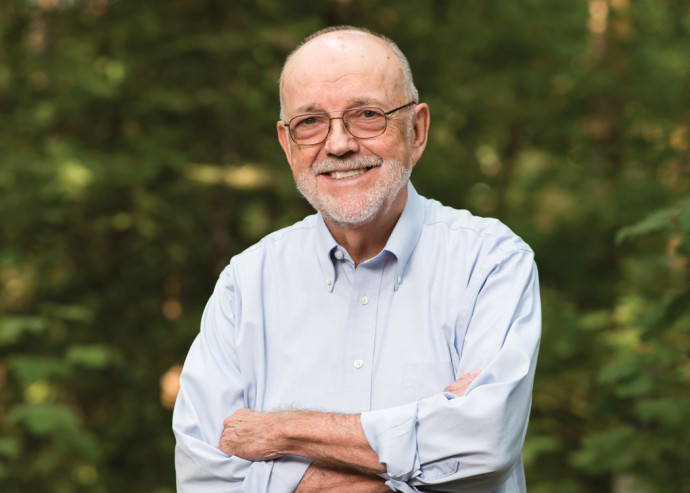 Doug Newell, beloved contracts and entertainment law professor and six-time winner of the Leo Levenson Award for Excellence in Teaching, received this year’s Distinguished Honorary Graduate Award, in recognition of his commitment to the law school and his students.

Newell joined Lewis & Clark after a career in private practice in Los Angeles and Glendale, California, where he represented many large and small corporations, including banks and surety companies, specializing in business and commercial law and civil litigation. He received his JD from Harvard Law School and then served as clerk to the Honorable William Byrne, U.S. District Court, from 1965 to 1966. He is a member of the California and Oregon State Bars.

On his most recent sabbatical Newell served as a consultant to a Las Vegas law firm that specializes in entertainment and intellectual property matters. Newell set up the Minta Hicks Newell Memorial Scholarship in memory of his mother. This scholarship is awarded in the last year of law school to a student who plans to pursue a career in business law.

Jonathan Cole ’76 and Barbara Cole established the Professor Doug Newell Endowed Scholarship in 2009 to honor Newell for mentoring Cole and contributing substantially to his career success. (Read Cole’s story on page 53.) At the Distinguished Honors ceremony, one of Newell’s former students, Dan Harmon ’85, surprised the crowd by announcing a matching gift of $100,000 to the Doug Newell Scholarship Fund.