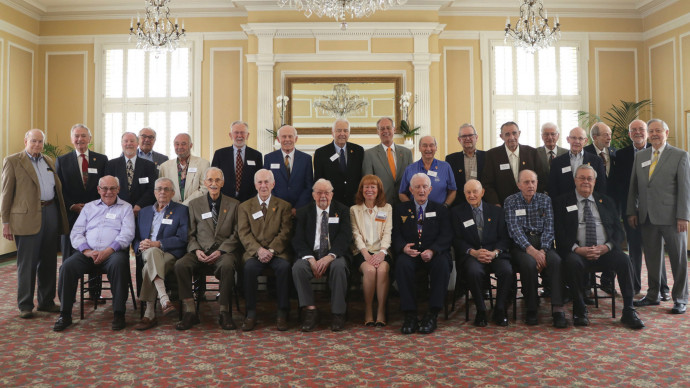 Over 30 graduates from the Class of 1969 and earlier gathered with their spouses and children at the Waverley Country Club to reminisce with friends and get an update on the law school.

Alums shared their stories of Northwestern School of Law, which was located in downtown Portland before it merged with Lewis & Clark College in 1965. Many told how excited they felt to be part of the merger of the two schools.

Northwestern was founded in 1884 and became the private Northwestern School of Law in 1915. Until 1970, the school offered only an evening program, and most students had day jobs that they juggled with their law studies.