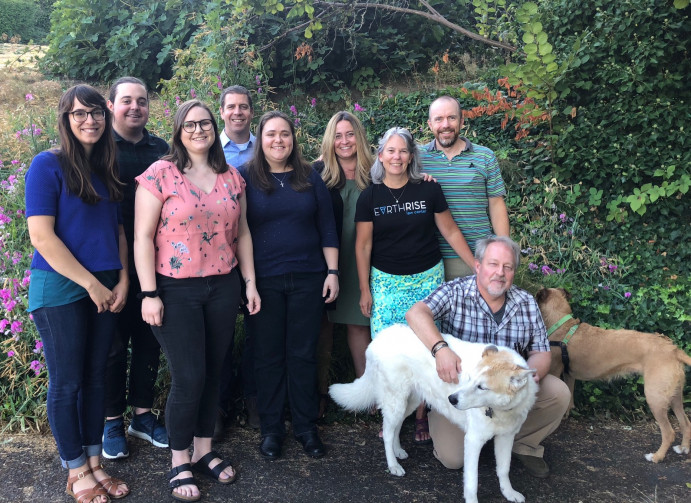 Earthrise Law Center is the largest

Earthrise’s 1:3 teacher-student ratio provides for an intensive apprenticeship experience and our attorneys, as clinical professors, also serve as members of the Lewis & Clark Law School faculty, teaching substantive law classes and contributing both directly and indirectly to important extra-curricular experiences for students in environmental advocacy.

Tom anchors Earthrise’s legal practice as the senior coordinator of environmental initiatives. Prior to joining Earthrise, Tom was the director of the environmental law clinic at University of Pittsburgh for seven years, staff attorney at the Environmental Law & Policy Center of the Midwest, and a partner in the Chicago office of the prestigious national law firm Jenner & Block, where he focused on complex commercial and natural resources litigation. A distinguished graduate of Illinois Wesleyan University and the University of Illinois College of Law, Tom leads Earthrise’s land management and natural resource practice, including mining, oil and gas issues. In his spare time, Tom is an excellent gardener and baker, and enjoys canning, hiking and exploring tidepools up and down the Oregon coast.

Bridgett is Earthrise’s newest Legal Fellow, joining in Fall of 2020. Bridgett graduated from California State University, Fullerton in 2011 and worked in the entertainment industry for six years before switching gears to pursue environmental law at Lewis and Clark. In law school Bridgett served as a volunteer and student board member with Northwest Environmental Defense Center and earned a certificate in Environmental and Natural Resources Law. When not shut in by a global pandemic Bridgett enjoys dodgeball, gardening, and exploring the beautiful PNW.

In January 2011, Kevin opened Earthrise’s East Coast office (Massachusetts) to better position the clinic to participate in environmental litigation of national scope and importance. Prior to joining Earthrise, Kevin was a Senior Trial Attorney in the Environmental Crimes Section of the United States Department of Justice. In his eight years as an environmental crimes prosecutor, Kevin was co-lead counsel for several significant prosecutions, including the 2007 trial of Southern Union Company in Rhode Island for hazardous waste crimes. He received a BA from the University of Connecticut and a JD from Lewis & Clark Law School. Kevin is admitted to practice in the states of Massachusetts and Oregon (inactive), the U.S. Courts of Appeals for Ninth, Seventh and First Circuits, and federal district courts in Massachusetts, Illinois and the District of Columbia. Spending time outdoors with his wife and two young daughters is Kevin’s favorite pastime, especially at the beach where he can squeeze in a little saltwater fly-fishing.

Lia’s work as Staff Attorney at Earthrise has focused on pollution control issues, specifically in the areas of Clean Water Act enforcement and imminent and substantial endangerment under the Resource Conservation and Recovery Act, as well as litigation related to genetically engineered plants and Oregon’s Right to Farm Act. Lia is a graduate of American University (BA 2008) and Lewis & Clark Law School (JD 2013) and is admitted to practice in the states of Oregon and Washington, the U.S. District Courts for the District of Oregon and the Western District of Washington, the U.S. Courts of Appeals for the Seventh and Ninth Circuits, and the U.S. Court of International Trade. Lia spends her free time outdoors enjoying the natural beauty of the Pacific Northwest, doing yoga, and playing with her dog, cats, and chickens.

Alex joined Earthrise in the fall of 2017. Alex studied Philosophy at the University of Oregon (BS 2016). During his time in Eugene he worked for the University’s Zero Waste Program and was active in several Environmental Student Organizations. Before coming to Earthrise he worked as a legal assistant at an intellectual property law firm. In his free time he enjoys reading, hiking, and trying out the many brunch spots of Portland.

As one of the organization’s most experienced staff attorneys, Allison leads Earthrise’s advocacy efforts related to water pollution, water quality standards, and aquatic species protection. Allison has significant experience litigating cases under statutes such as the Clean Water Act, the Endangered Species Act, the Clean Air Act, and the Resource Conservation and Recovery Act. Prior to joining Earthrise in 2005, Allison clerked for U.S. District Court Judge Garr M. King in the District of Oregon. Allison is a graduate of Cornell University (BS 1996) and Lewis & Clark Law School (JD 2002, cum laude). Allison is admitted to practice in Oregon state courts and the federal District of Oregon, the Court of Appeals for the 9th Circuit, D.C. Circuit, 2nd Circuit, 3rd Circuit, and the U.S. Supreme Court. In her spare time, Allison enjoys cycling, hiking, and spending time with her husband and young sons.

Dani signed on as Earthrise’s Legal Fellow in Fall 2019. After graduating from Duke University, Dani moved to Colorado where she spent three years teaching middle school science and exploring the mountains. Ultimately, Dani made her way to Lewis & Clark Law School to pursue a career in environmental protection. While in law school, Dani served as the Submissions Editor for Environmental Law and earned a certificate in Environmental and Natural Resources Law. When not engrossed in memos and briefs, Dani spends her time playing ultimate frisbee and hiking with her dog, Pacha.

Professor of Law & Of Counsel

As one of Earthrise’s founding members and previous Clinic Director, Dan holds the Of Counsel position.  In addition to working on Earthrise cases and supporting the law school’s growing LL.M. program, Dan focuses on biodiversity management and conservation, sustainability, and the intersection between science and law.  A graduate of Colorado College and Stanford Law School, Dan is admitted to practice in Oregon, the federal district of Oregon, the 9th Circuit Court of Appeals and the U.S. Supreme Court. In his spare time, Dan loves to run, cycle, and spend time with his wife and kids. 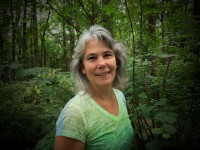 Karen joined Earthrise in the summer of 2017 after a 3-year stint as Accountant and then as Contracts Manager at Moovel North America, a software company dedicated to facilitating mobility in urban settings.  Karen also teaches Water Law as an Adjunct Professor at Lewis & Clark Law School and an Environmental Law and Policy course at Lewis & Clark College.   Since 2006 Karen has worked as a Nonprofit Consultant advising organizations on all aspects of nonprofit organizational management, with a focus on financial management and accounting.   From 1990 to 2006 Karen worked in a variety of roles at WaterWatch of Oregon.  As Interim Executive Director Karen was responsible for all aspects of fundraising, budgeting, staff management and working closely with the organizations board of directors.  As Senior Staff Attorney Karen was a constant presence before the Oregon Water Resources Department, pushing the agency at every opportunity to reform long-held water policies that ignore the needs of fish and other instream users. Karen has drafted numerous bills to reform Oregon water law and analyzed the environmental impacts of all water bills considered by the Oregon Legislature.  Karen is a graduate of the University of Washington (BA 1985) and Lewis & Clark Law School (JD 1990) and is a member of the Oregon and Washington State Bars.  Karen is highly regarded within and beyond the environmental community for her knowledge, experience and environmental advocacy.  Karen enjoys telemark skiing, hiking, kayaking, canoeing, knitting and reading books the old fashioned way. 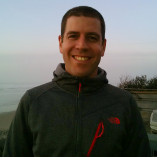 Jamie joined the Earthrise team as a staff attorney in January 2015, and focuses on citizen enforcement and implementation of pollution laws including the Clean Water Act, Clean Air Act, and Resource Conservation and Recovery Act. Jamie relocated to Portland from Madison, Wis., where he practiced public interest environmental law for seven years with Midwest Environmental Advocates and McGillivray Westerberg & Bender LLC. Jamie is a graduate of the College of William & Mary (BS 1997) and Lewis & Clark Law School (JD 2007), and is admitted to practice in the State of Wisconsin, various federal district courts in Wisconsin, Illinois, and Michigan, and the U.S. Court of Appeals for the Seventh Circuit. He enjoys whitewater kayaking, skiing, cycling, running, and trying to keep up with his two young daughters.

Earthrise is nestled at the top of the woods of Tryon Creek State Park.