Running the Boston Marathon to Preserve the Planet!

Earthrise Law Center Clinic Director Craig Johnston is not only an accomplished attorney and dedicated law professor, he is also an avid runner.  Craig has served as the organizer of Run America, a group of friends completing endurance running and biking events, including a cross-country running relay effort, since 2002.  Run America events raise funds for research dedicated to finding a cure for myotonic muscular dystrophy.

In 2013, Craig began directing some of his running energy to restoring and protecting the environment, and the Earthrise Law Center Grand Canyon Run Fundraiser proved to be one of Earthrise’s most successful fundraising events ever!  The Grand Canyon is home to the endangered California Condor, which Earthrise is working to protect from toxic lead bullets in the wilderness.

This time, on April 21, 2014, Craig and eleven other runners – including Earthrise Advisory Council chair Dave Pearson and Craig’s sons Michael and Dan – will be participating in the Boston Marathon.  Their goal is to raise $26.2 thousand to support Earthrise’s work in Boston – That’s $1,000 for every mile of the marathon!  This fundraiser primarily supports the work of Earthrise attorney Kevin Cassidy, who opened our Boston office in 2012.

Will you support our Boston Marathon runners and join us in our pledge to protect the environment? 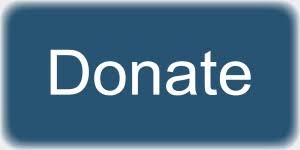 Earthrise Law Center is a team of attorneys and staff who are passionate about using the law to protect and restore the environment and the planet’s natural resources.  Since 1996, Earthrise has represented over 200 organizations through litigation and advocacy seeking legal environmental victories that preserve healthy ecosystems, ensure the survival of threatened and endangered species, and create livable communities.

Earthrise has a rich history of major legal victories protecting the environment.  In 2011, Earthrise – then known as the Pacific Environmental Advocacy Center – settled a case that took major strides towards eliminating invasive species from ballast water discharges from vessels.  As a result of the settlement, the Environmental Protection Agency agreed for the first time in 35 years to require ships to control their discharges like other industries.  The legal team was also thrilled to represent several conservation groups and to breathe a sigh of relief upon penning a Consent Decree that provided for the end of coal to be burned at Boardman, Oregon’s only coal-fired power plant.

Earthrise is based on the Lewis & Clark Law School campus, and is primarily self-funded through attorneys’ fees generated through successful litigation.  This year, as our major fundraising event, Clinic Director Craig Johnson, and twelve other runners are participating in the Boston Marathon, with a goal of raising $26.2 thousand to support Earthrise’s work throughout this year.

About Earthrise’s Presence in Boston:

Over the past few years, Earthrise has strengthened its ties with the east coast by establishing a firm presence in Boston.  In 2011, Kevin Cassidy opened Earthrise’s Boston office and continues to work there.  Prior to joining Earthrise, Kevin was a Senior Trial Attorney for the Environmental Crimes Section of the United States Department of Justice, where he prosecuted environmental crimes throughout the country.  Since opening Earthrise’s Boston office, Kevin has been working on a range of cases, including litigation to ensure that the long-term storage of nuclear waste at the Pilgrim Nuclear Plant in Plymouth, MA is done in an environmentally responsible manner that protects Cape Cod Bay and the marine species that live there.

Earthrise Law Center is located in Wood Hall on the Law Campus.
MSC: 51