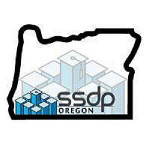 Lewis & Clark Law School SSDP seeks to reduce the harms caused by drug abuse and the failed War on Drugs, striving toward a just and compassionate society where drug abuse is treated as a public health issue instead of a criminal justice issue.

SSDP does not condone drug abuse or civil disobedience.