Hailey Broeker is a second year law student with an interest in corporate criminal law. She is on Lewis and Clark Law Review and was a judicial extern for the Honorable Magistrate Judge Stacy F. Beckerman at the United States District Court for the District of Oregon. Hailey became involved with WLC because she is interested in the specific challenges that women in law face and the various ways in which people have overcome them.

Ivy-Rose Kramer is a second year law student with an interest in criminal law. She was a judicial extern for Justice Gordon McCloud at the Washington State Supreme Court. She participates in Lewis and Clark Law Review and is a Teaching Fellow for Professor Sandy Patrick. Ivy-Rose became involved with WLC because she wants to find ways to interconnect programs like the Gender & Justice Commission for Washington state with Lewis & Clark campus. Ivy-Rose is passionate about maintaining gender equality and promoting open discussion about gender related issues in the law.

Rachel Kennel is a 3L student with an interest in civil rights work. She has always been passionate about advancing womxns’ interests and after obtaining a BA degree in Gender & Sexuality Studies, she decided to pursue her law degree as a way to make meaningful change. She joined Women’s Law Caucus to help build a community within a profession that has historically excluded intersectional identities.

Cindy Lundt is a second-year law student with an interest in animal and sports law. She is an associate editor for Animal Law Review and is both a teaching and research assistant for Professor Robert Klonoff. Additionally, Cindy interned at the Center for Contemporary Sciences over the summer. She joined WLC because she is interested in how women in law have faced and overcome different challenges in their fields.

Brooke Eide is a first year law student who is inspired by the legal system’s ability to make a difference in people’s lives. Her favorite class so far is torts because the cases can be seen in the world around us every day. Brooke has been pleasantly surprised by the unwavering support of the Portland legal community and is eager to learn more about the roles within it.

Devon Guyer is a first year law student and her  favorite class is Civil Procedure with Professor Stumpf. She is always surprised at how different point of views Judges have when she reads different opinions for the same case. 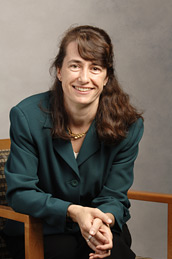