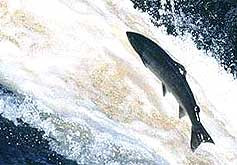 Throughout our history, NEDC has been an outspoken advocate for the protection of water quality in the Pacific Northwest.  In 1986, for example, NEDC brought precedent-setting Clean Water Act litigation against the U.S. Environmental Protection Agency that compelled Oregon to begin establishing Total Maximum Daily Loads for hundreds of degraded waterbodies.  In another landmark case, NEDC v. Unified Sewerage Agency of Washington County (USA), NEDC won one of the largest settlements ever recorded against a municipal agency.  The settlement resulted in the establishment of the Tualatin River Water Quality Endowment Fund, which has disbursed over 2 million dollars since 1992 to fund watershed restoration and advocacy efforts in the Tualatin River basin.  In 1990, NEDC successfully used the Clean Water Act to prevent state certification for construction of a dam that would have impounded the last free-flowing stretch of the Upper Klamath River in Oregon. In recent years, NEDC has pursued one of the most aggressive industrial stormwater Clean Water Act enforcement campaigns of any group in the nation.

The NPDES permit program is a cornerstone of the Clean Water Act. The goal of the NPDES program is to eliminate the addition of all pollutants into waters of the United States.  NEDC takes an active role in the NPDES permitting process, commenting on the effectiveness and legality of proposed NPDES permits.