NEDC protects and conserves the natural resources of the Pacific Northwest by enforcing environmental laws such as the Clean Water Act and Clean Air Act, engaging with government agencies, and tracking federal and state actions in the region. NEDC serves as a watchdog of regulatory agencies and regulated entities and strives to identify and fill advocacy gaps that warrant attention. 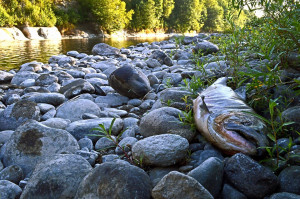 Highlighting nearly a decade’s worth of missed deadlines, postponed actions, and poor communications from the U.S. Army Corps of Engineers, NEDC is partnering with a coalition of conservation groups that recently sent formal notice to federal water managers of its intent to file suit to protect threatened Willamette River Chinook and steelhead. With only 1-2% of the wild fish’s historical numbers returning to spawn this year, time is of the essence.

NEDC is a co-plaintiff in this effort with the Native Fish Society and WildEarth Guardians. The groups are represented by Lizzy Potter and Laurie Rule of Advocates for the West.

NEDC’s Clean Water Act permit enforcement work can only be effective at reducing water
pollution if the permit terms that we are enforcing are adequately protective. We have long been concerned that Oregon’s industrial stormwater permits are lagging behind neighboring states, and this fall we joined forces with Columbia Riverkeeper in a lawsuit to tighten up limits to protect water quality in Oregon’s 1200-Z stormwater permit. We are represented in this matter by Earthrise Law Center attorneys Jamie Saul and Allison LaPlante, and NEDC board member Karl Anuta.

The final chapter has closed in NEDC, Columbia Riverkeeper, and the Sierra Club’s multi-year lawsuit against the Port of Vancouver, Washington, over a proposal to build what would have been the nation’s largest rail-to-marine oil terminal there.

Read more about this victory here. 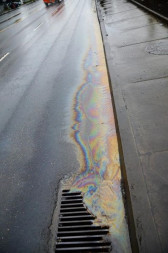 NEDC has invested considerable resources over the last decade focusing on pollution problems caused by stormwater discharges. The primary tool we use in this effort is tracking and enforcing legal requirements in pollution permits.

Article: NEDC by the Numbers

Energy Transport in the Pacific Northwest

Large-scale extraction of coal, oil and gas in the center of North America has made Washington and Oregon ports particularly attractive destinations for transloading proposals that would facilitate the movement of dirty energy sources to markets across the globe. NEDC has been actively engaged to ensure our region’s air and water quality remains protected.