The Northwest Environmental Defense Center, along with co-plaintiffs Center for Biological Diversity and Neighbors for Clean Air, filed a federal lawsuit today to require the crude oil transloading terminal in Clatskanie, Ore., to comply with the Clean Air Act.

The former ethanol production facility located at Port Westward along the Columbia River has been quietly transformed into a terminal for the transport of millions of gallons of highly explosive Bakken crude oil. Check out the press release﻿.

Coverage of the lawsuit:

The lawsuit follows comments submitted in May of 2014 to the Oregon Department of Environmental Quality urging the state permitting agency to take a closer look at the projected emissions at the facility. Plaintiffs are represented in this matter by Earthjustice. 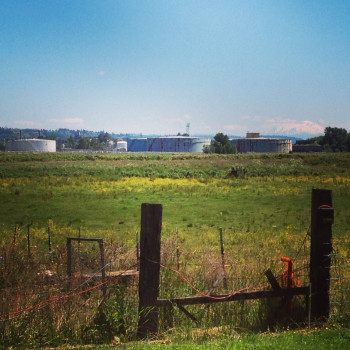 View of the Clatskanie oil terminal from neighboring farm property.