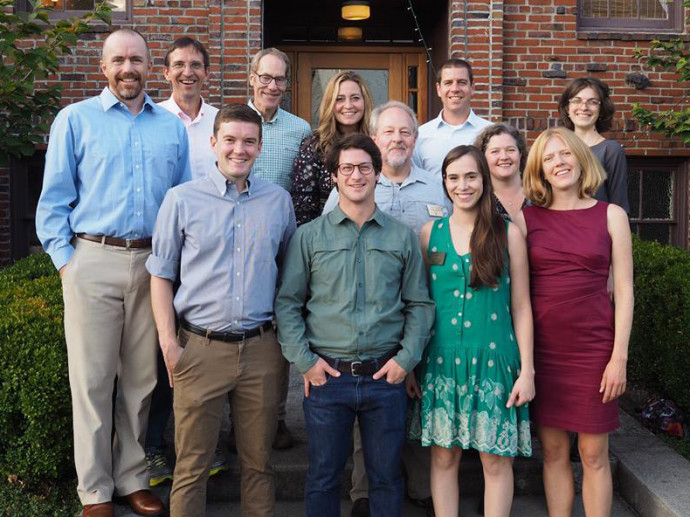 Since 1996, the Pacific Environmental Advocacy Center—now known as Earthrise Law Center—has represented citizen-activists and nonprofit organizations across the spectrum of environmental and natural resources law issues, protecting endangered species and ecosystems to reducing and even preventing air and water pollution. Along the way, Earthrise has been named one of the “winningest” legal clinics in the nation by National Jurist and nominated for the prestigious American Bar Association Award for Distinguished Environmental Achievement.

Earthrise has also trained over 200 attorneys, many of whom have gone on to make substantial contributions as advocates and leaders of local, regional, and national governments, agencies, environmental organizations, and private firms.

Founded by Nicole Cordan ’95, Professor Craig Johnston ’85, and Professor Dan Rohlf, Earthrise now has a staff of 11 and offices in three locations—Portland, Boston, and San Francisco. To reflect this growth and expanded geographical scope, in 2012 the clinic changed its name to Earthrise Law Center.

Earthrise continues to win precedent-setting cases for its clients—and the planet. The center looks forward to serving more people, protecting more environmental resources, and continuing to train the next generation of environmental advocates.