The Indian Law Program draws on a panel of distinguished full-time faculty, adjunct faculty, visiting faculty, and staff. Beyond their excellent teaching credentials, the faculty and staff have substantial experience in a variety of Indian law practice areas, which adds depth and creative energy to our program. And, strong student-faculty relationships are a hallmark of the cooperative learning environment at Lewis & Clark Law School.

Dr. Corcoran is the director of the Indian Law Program. Her PhD dissertation explored the issue of Incarceration and Native American Women, “The Juxtaposition of Gentle Action Theory and Traditional Ways of Knowing and Being: In the Provision of Services to Native American Women Experiencing Incarceration”. Her Bachelor and Master degrees focused on cross cultural communication, conflict resolution and public administration. She guest lectures and teaches at Portland State University. She is the former Board Chair of Red Lodge Transition Services and has also served on the board of the Native American Student and Community Center at Portland State University. She currently serves on the boards of The Women’s Justice Project, The Law Enforcement Contacts Policy & Data Review Committee (LECC), and Transforming Justice for Victims and Survivors through Victim Assistance and Restorative Justice Partnerships.

JD Lewis & Clark Law School, directs the Academic Enhancement Program. She earned an environmental law certificate and spent several years as a prosecutor in two Oregon counties before returning to direct the program that she participated in as a student. Minority students of all backgrounds are encouraged to contact J.B. to find out more about the program.

Ms. Bodine is an Attorney Adviser for Bonneville Power Administration’s power section (LP).  She has worked with Bonneville since 2010 in various capacities. Ms. Bodine received her JD from Lewis & Clark Law School in 2013. She also received an Environmental Certificate with an emphasis in Federal Indian Law.  Ms. Bodine was selected as the recipient of the Hatfield Fellowship where she worked in the United States House of Representatives for Congressman DeFazio. While in Law School, Ms. Bodine clerked for the White House Council on Environmental Quality.

In addition to her work with Bonneville, Ms. Bodine serves as adjunct faculty at the law school where she has taught the Native American Law Student Association Moot Court class and Federal Indian Law class. Ms. Bodine also is a co-director of a Native American dance company called Northstar, a performing arts group devoted to sharing Native American music, culture, and dance, with the general public.  Ms. Bodine is an enrolled citizen of the Confederated Tribes of the Warm Springs Indian Reservation. 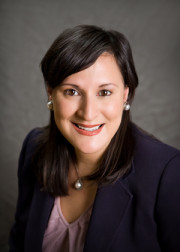 Upon having grown up in Oklahoma, Caroline earned her BS from the University of South Carolina, and earned a JD from Lewis & Clark Law School with an Environmental/Natural Resources Law certification. Caroline has extensive experience with complex litigation cases and contested case hearings and currently serves as the Executive Director and Clinical Law Professor for the Western Resources Legal Center. 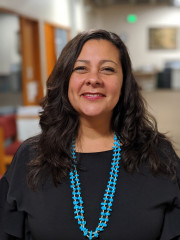 Ms. Parker is an attorney for the Department of Interior Office of the Solicitor Pacific Northwest Region providing legal counsel and representation for the Bureau of Indian Affairs, the National Park Service, the Bureau of Land Management, and the Fish and Wildlife Service. A large part of Ms. Parker’s practice is focused on Federal Indian law matters and advising Bureau of Indian Affairs regarding matters of federal-tribal relationships. Prior to the Solicitor’s Office, Ms. Parker served as a staff attorney for the Tulalip Office of Civil Legal Aid (TOCLA), an in-house legal office designed to provide holistic representation to indigent Tribal members for civil legal matters before the Tulalip Tribal Court. Ms. Parker was instrumental in securing federal grants for TOCLA, one of two legal aid offices in Washington State providing direct services to tribal members on a tribal reservation. Ms. Parker is an active member and currently sits on the board for the Northwest Indian Bar Association, a nonprofit organization serving and supporting law practitioners in the Pacific Northwest. Since her residence in Oregon, Ms. Parker has also become an active member of the Oregon Indian Law Section. Ms. Parker is a member of the Chippewa Cree Tribe of Northern Montana and a graduate from the University of Denver, Sturm College of Law.

Robert J. Miller’s areas of expertise are civil procedure, federal Indian law, American Indians and international law, American Indian economic development and Native American natural resources. An enrolled citizen of the Eastern Shawnee Tribe of Oklahoma, he is the Chief Justice of the Court of Appeals of the Grand Ronde Tribe and sits as a judge for other tribes.  Professor Miller joined the faculty at the Sandra Day O’Conner School of Law at Arizona State University in 2013, after several years on the Lewis & Clark faculty.

Ms. Gibson is an enrolled member of the Comanche Nation. She obtained her undergraduate degree in Indian Behavioral Studies from Fort Lewis College in Durango, Colorado and her JD from Lewis & Clark Law School. While in law school, she studied Federal Indian Law and also obtained an environmental law certificate.

Her career has been focused on working in Indian Country, as a liaison, consultant, tribal attorney and judge for numerous tribes, the City of Portland and the State of Oregon.

In her spare time, she writes children’s books and paints.

Ms. Gibson will be teaching Lawyering in Indian Country in  Spring 2020.

Barbara Creel, a member of the Pueblo of Jemez, joined the UNM law faculty in 2007, bringing expertise in Indian Country criminal defense. For seven years, she was an assistant federal public defender in the District of Oregon, where she developed a federal habeas corpus and post-conviction expertise. She assisted in the defense of Native American clients on cases from reservations prosecuted under the Major Crimes Act. Creel also worked at the trial level and argued before the 9th Circuit Court of Appeals. Prior to joining the UNM law faculty, she worked as the tribal liaison for the Portland District of the U.S. Army Corps of Engineers, fostering government-to-government relations between the federally recognized Indian tribes and the federal government. Professor Creel teaches Criminal Justice in Indian Country and Native American Civil Rights Law in the Lewis and Clark Summer Program Course offerings