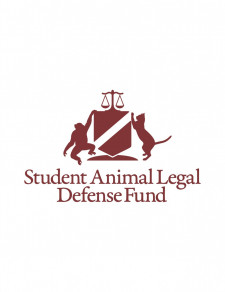 We would also like to thank Compassion Flows, Uncle Paul’s Produce Market and Vega for providing in-kind donations. 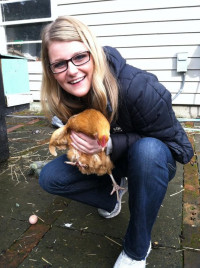 Taylor is one of the few true Portland natives and was born and raised a stones throw from Lewis and Clark. When not in school she enjoys running, cooking, reading trashy sci-fi novels and playing with her dog and three chickens. She is particularly interested in the modern commercial farming and food industry and the way that animals are selectively commodified on a global scale. She hopes to incorporate this interest into some form of litigation work and to join the campaign to make criminal laws more effective for animals. 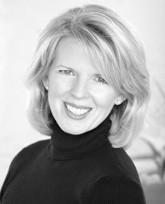 Pamela Frasch is the assistant dean of the animal law program and executive director of the Center for Animal Law Studies (CALS) at Lewis & Clark Law School in Portland, Oregon. CALS was established in collaboration with the Animal Legal Defense Fund and is an academic program with a focus on research, scholarship, and experiential education in animal law. In her dual role, Dean Frasch supports and works to develop all the various components of the program including teaching, writing, speaking, competitions, the Animal Law Review, the conference and the Student ALDF group (SALDF).

Previously, Dean Frasch was general counsel for the Animal Legal Defense Fund, and in 1996, she created the ALDF Criminal Justice Program which has since assisted law enforcement and animal advocates in investigating and prosecuting thousands of animal abuse and neglect cases nationwide.

In addition to her duties with CALS, Dean Frasch is co-editor of the first casebook in the field, Animal Law, Cases and Materials now in its fourth edition (Carolina Academic Press, 2010), and co-author of Animal Law in a Nutshell (Thomson West, 2010). She has taught survey and advanced courses in animal law at Lewis & Clark Law School since 1998 and co-authored (with Professor Kathy Hessler and Megan Senatori) the amicus brief submitted in the U.S. v. Stevens case on behalf of 45 law professors who teach animal law.

Dean Frasch is a frequent speaker on issues of animal law and is the principal author of Oregon’s first felony anti-cruelty law. She has authored or co-authored many articles and book chapters in the field, and has been recognized by the Humane Society of the United States and the Oregon Humane Society for her contributions.

Kathy Hessler is a clinical professor of law and director of the only animal law clinic in the country. She is the first faculty member hired to teach animal law full time in a law school. She received her LL.M. from Georgetown University Law Center and graduated with a JD from the Marshall-Wythe School of Law at the College of William and Mary.

She has been an animal activist and vegan since the late 1980’s. She has been an advisor to the journal Animal Law since 1998, and is currently a SALDF faculty advisor.  She coaches the animal moot court teams, and has been teaching Animal Law directly since 2001 and as a part of nonviolence courses beginning in 1989. She was a board member with ALDF and helped found the Animal Law Committee of the Cuyahoga County Bar. She was the chair and a founder of the Animal Law Section of the American Association of Law Schools. She co-authored (with Pamela Frasch and Megan Senatori) the amicus brief submitted in the U.S. v. Stevens case, on behalf of 45 law professors who teach animal law.  She co-authored Animal Law in a Nutshell (with Pamela Frasch, Sarah Kutil and Sonia Waisman) and has written numerous other law review and other articles and she is co-authoring two new books on animal law.

Professor Hessler lectures widely on animal law and animal law education issues in the US and beyond. 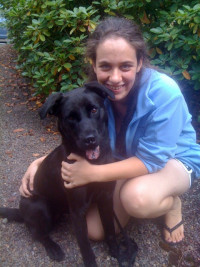 Jaclyn is a 3L from New Hampshire graduating in December 2012 with an emphasis in Animal Law. She has enjoyed clerking for the Animal Legal Defense Fund and writing for the Animal Legal & Historical Center, and is currently clerking for Youth, Rights & Justice. She tested onto Animal Law Review as a 1L source checker, and has served as Symposium Editor since 2L year. She is also a 2012-2013 Student Animal Legal Defense Fund Co-Director. Jaclyn enjoys hiking with her rescue pup (we rescued each other!) Ebony and munching on fresh fruit with her quaker parrot Houdini. 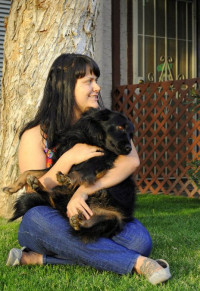 Diane Lenkowsky is a 2L at Lewis & Clark Law School. Born and raised in Arizona, Diane completed her undergraduate degree in Political Science at Arizona State University and moved to Portland after being admitted into law school. When she is not studying, she can be found playing with her rescued pets or exploring new vegan restaurants and coffee shops in the Portland area.

Lauren is the 2012 Conference Volunteer Coordinator. She received her undergraduate degree in Food Management & Japanese from the Rochester Institute of Technology in  New York. She is currently a 2L at Lewis & Clark Law School.  Lauren is extremely interested in constitutional law as it pertains to animals and animal activists, especially First Amendment issues. She has always loved animals since an early age, has been vegan for over five years and loves to cook. In her spare time, Lauren enjoys spending time at home with her partner, cat, and two rabbits, playing video games, eating, and watching the squirrels on the back porch. 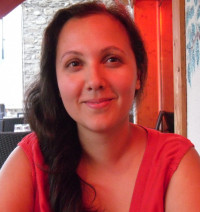 Liberty Mulkani has been working with the Center for Animal Law Studies (CALS) at Lewis & Clark Law School since 2008 and the Animal Legal Defense Fund (ALDF) since 2002, first as student liaison for their Animal Law Program and currently as their event coordinator. She continues to work as an event coordinator for both ALDF and CALS through her event planning business, Liberated Productions, and has planned animal law events at several law schools including Yale, Harvard, and Lewis & Clark. She has also planned related events at the University of Chicago Law School, Johns Hopkins School of Advanced International Studies and The National Press Club. 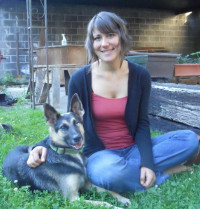 Nicole is the student liaison for ALDF’s Animal Law Program. In this capacity, she works with law students who are interested in advancing ALDF’s mission, including members of over 170 Student Animal Legal Defense Fund (SALDF) chapters. Nicole helps law students form and maintain chapters and assists them with projects like getting animal law courses added to the curriculum at their schools. She also coordinates ALDF’s animal law clerkship, scholarship, and SALDF grant programs. Prior to joining ALDF in 2005, Nicole earned an M.A. and PhD in sociology at the University of Georgia, where she taught the school’s first undergraduate course in animals and society. Her dissertation, “Becoming an Animal Rights Activist: An Exploration of Culture, Socialization, and Identity Transformation,” analyzed the process of developing a vegan, activist identity. Her writing has appeared in Society and Animals, Sociological Perspectives, and Animal Wellness Magazine. Nicole also blogs at Alec’s Story (www.alec-story.com).