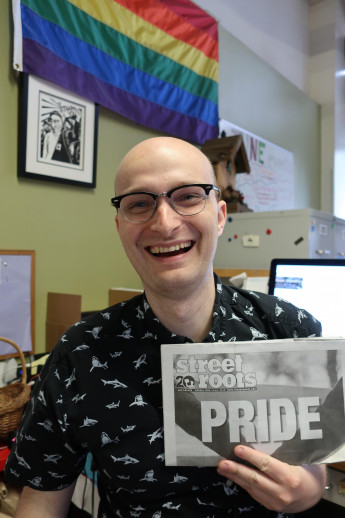 As a business/ accounting major, Benjamin had to complete a mock business plan that incorporated elements from several different classes into one project. Their business plan was for a nonprofit sheep sanctuary located in New Zealand. They continue to be both grateful and excited to continue to weave the exploration of animal welfare issues into other aspects of their education. Animal Law Review was a major deciding factor in choosing to attend Lewis & Clark and they are so incredibly grateful for the privilege of being a part of our inspiring community. 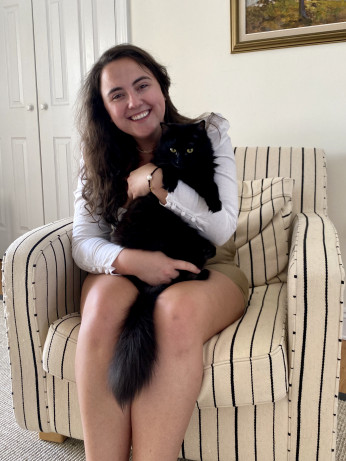 Elena is a third-year law student from Turku, Finland who grew up in Panama City Beach, Florida. She graduated from Georgetown University in 2018 with a BA in Justice and Peace Studies with a concentration in human rights and sustainability and a minor in Women’s and Gender Studies.
Elena has previously served as a Volunteer Source-Checker and as co-Managing Editor for Animal Law Review. During her time at Lewis & Clark Law School, Elena has been a board member of Students for Eliminating Environmental Discrimination, a project coordinator for the Environmental Justice Workgroup in Northwest Environmental Defense Center, a law clerk for the Green Energy Institute, and a legal intern for the Center for Biological Diversity.
Elena’s passion for climate justice is what brought her to law school. She is pursuing her JD with a certificate in Environmental and Natural Resources Law, which she hopes to use to advocate for intersectional climate policy that will create a more just world for human and nonhuman animals. When she isn’t working, Elena enjoys being near bodies of water, drinking coffee, and cooking under the supervision of her cat, Svensson. 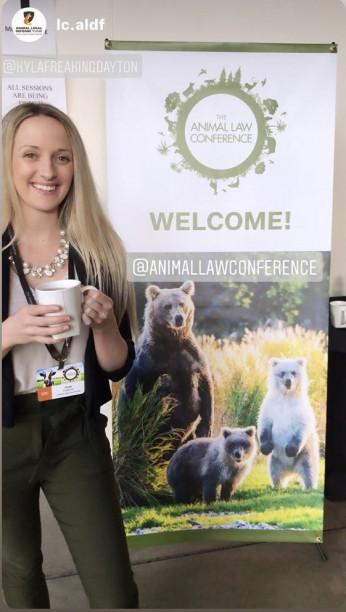 Kyla is a third-year law student from Long Beach, Ca. She earned a BA in Philosophy and Minor in Religious Studies from California State University Dominguez Hills. Kyla has worked in a variety of fields such as Mortuary and Funeral Services to Personal Injury Law Firms. Before coming to law school, Kyla volunteered as a rescue partner at Long Beach Animal Care Services and as a Child-Life Volunteer at Miller Children’s Hospital. She also participated in weekly vigils at Farmer John’s Slaughterhouse with the Animal Alliance Network (where activists stop trucks before entering the gates and give starving and thirsty pigs water as a last act of compassion).
Kyla is driven by a desire to elevate animals’ status in the law and end speciesism. While in law school, Kyla has interned with the Animal Welfare Institute and clerked with the Animal Legal Defense Fund. She plans on pursuing a career in animal law focused on public policy and legislation. When Kyla isn’t busy briefing cases and saving animals, she enjoys mountain biking at Powell Butte, surfing at San Onofre, climbing at Planet Granite, and eating all the pasta. 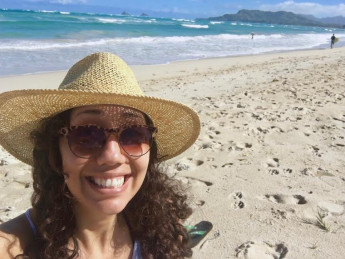 Ana is a third-year law student from Kailua, Hawaii. She earned a BA in International Relations from the University of San Francisco, then spent three years teaching high school English in Okinawa as part of the Japan Exchange and Teaching Program. After returning from Okinawa, Ana worked as the education coordinator for a nonprofit focused on children’s art and sustainability programs in Hawaii. Prior to serving as a Managing Editor, Ana was an Animal Law Review source checker and Associate Editor. In her free time, Ana enjoys swimming, diving, and hanging out with other people’s dogs. 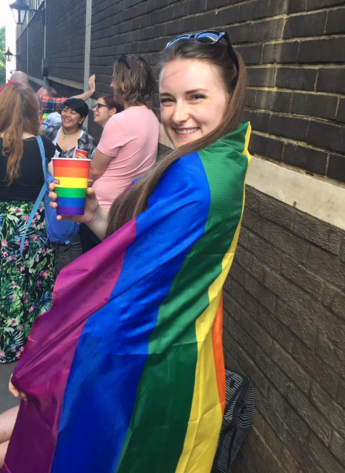 May is a second year law student with a focus on Animal and Criminal Law. Born into the U.S. Air Force, she spent her childhood stationed overseas until finally moving to Boston, Massachusetts to pursue a BA in History from Northeastern University. May has worked in many nonprofits and spent years in the corporate law world, and is currently working for a prosecuting attorney’s office. May hopes to use her experience to incorporate the prosecution of factory farming violations into her work, in the hopes that we may move toward a world where “livestock” are treated not as living stock items but as animals to be treated with dignity and respect.

May can usually be found enjoying the outdoors with her husband, Tom, and their rescue, Bear. The trio love to camp, hike, kayak, and go on road trips. If it’s too cold outside, May can be found under a pile of cozy blankets watching a true crime show or horror movie. 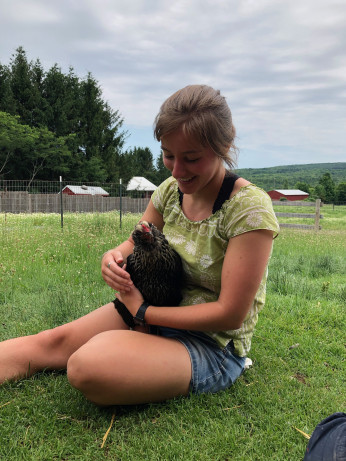 Miranda is a second year law student and a Portland native. She received her Bachelor’s degree in Communications with an emphasis in Bioethics. Following undergrad, Miranda lived in an intentional community and worked at a domestic violence nonprofit for a year while doing Avodah, the Jewish Service Corps. Miranda came to Lewis and Clark for the Animal Law program and joined ALR as a 1L source checker. During her first-year summer, Miranda found her passion for legislative/policy work while interning at the New England Anti-Vivisection Society (NEAVS) and wants to help eradicate animal-based research. She also worked as a research assistant for Professor Kathy Hessler. In her free time, Miranda enjoys dancing, hiking, and day-dreaming about the many animal companions she hopes to have post-grad. 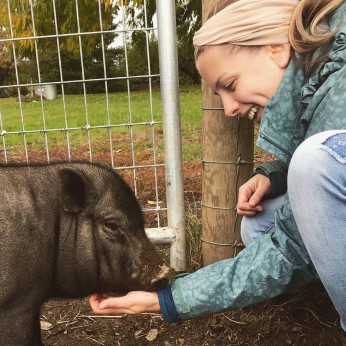 Natassia is a second-year law student originally from Buffalo, New York. She received her Bachelor’s degree in Animal Behavior, Communications, and Political Science. She came to Lewis & Clark Law School because of its amazing Animal Law program, and she plans to advocate for animals by starting her own animal nonprofit.

Natassia joined ALR as a volunteer source checker her 1L year, and is now the Submissions Co-Editor alongside Marli Klass. While at Lewis and Clark, Natassia has worked as a legal intern at Mercy For Animals where she has fought for the improvement animal welfare policies in the United States.

Natassia has a sweet orange cream cat named Waffles, and will show anyone and everyone cute photos of him. Natassia loves to spend her free time hiking, working on her photography, singing, playing guitar, and of course playing/snuggling with Waffles. 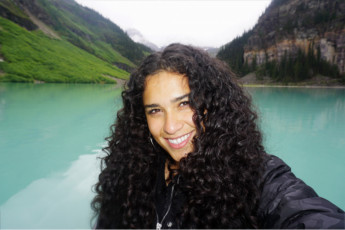 Marli Klass hails from the beautiful island Republic of Palau. Her interests include wildlife protection and clean energy. When Marli is home in Palau, she enjoys scuba diving with her family and connecting with elders in her community. While in Portland, Marli can be found either indoors where she is most likely reading a book and cuddling with her cat, or outdoors hiking or kayaking. 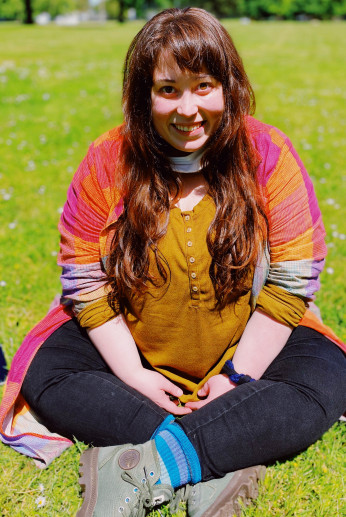 Sarah is a third-year law student. She is originally from Michigan but resided in Seattle, Washington prior to law school. Sarah earned a BA in Journalism with a minor in Photography from Loyola University Chicago in 2011. Between undergrad and law school, she spent six years working as a coordinator at two court reporting and legal videography firms.
Sarah chose Lewis & Clark for the opportunity to study animal law. She joined ALR as a volunteer source checker her 1L year and continued as a source checker her 2L year. During law school, Sarah has worked as a Law Clerk for Disability Rights Oregon, a Teaching Fellow for the Lawyering Department, and as a Law Clerk for the Animal Law Litigation Clinic at the Center for Animal Law Studies.
In her spare time, Sarah enjoys singing, exploring new places, starting and never finishing art projects, hanging out with her feline roommate, Kurdt, and eating her partner’s amazing vegan cooking.