On the heels of two monumental state court decisions extending legal personhood status to animals in Uttarakhand and Haryana, the People’s Charioteer Organization (PCO), a group that advocates for numerous social justice causes, has filed a Public Interest Litigation (PIL) with India’s Supreme Court to formally declare the country’s entire animal kingdom as legal persons under the law and to require all citizens to stand as their legal guardians to protect them from cruelty and promote their welfare.

The foundation of India’s modern animal rights jurisprudence dates back to the 2014 Supreme Court decision in Animal Welfare Board of India v. A. Nagaraja & others. The case concerned the cruel practices of bullock cart racing and Jallikattu, a traditional form of bull fighting in which coins or flags are tied to the horns of bulls who are released into a crowd who try to subdue them. In its groundbreaking opinion, the Court not only found that the practices violated India’s main animal protection law, the Prevention of Cruelty to Animals Act, 1960 (PCA), but also articulated that the legal duties that humans owe to the animals in their care under the PCA confer corresponding legal rights to those animals. Going further, the Court observed how the “fundamental duties” required of citizens under Articles 51-A(g) and (h) of the Constitution to exhibit compassion for living creatures and to practice humanism necessarily conferred an “inherent dignity and a right to live peacefully” to animals, as well as a right to have their wellbeing protected. Put simply, fundamental duties owed by humans to animals under the Constitution conferred corresponding fundamental rights to those animals under the Constitution as well. Although the India’s Supreme Court did not employ the explicit language of legal personhood in Nagaraja, its opinion did so implicitly and provided the foundation for two of India’s highest state courts to emphasize the inherent connection between rights and personhood.

In both cases, the issue of legal personhood was raised unilaterally by the courts, not by the parties themselves. Decided in 2018, Narayan Dutt Bhatt v. Union of India & others concerned the overloading of horses in violation of the PCA, specifically its rules related to the transport of animals and the prevention of animal diseases. Observing the failure of the Uttarakhand state government to enforce the law, the Uttarakhand court leaned on the Nagaraja decision to affirm the connection between legal rights and personhood. Noting how corporations, rivers, scriptures, and even Hindu idols have been recognized as legal persons by the judiciary, the court proclaimed, “The entire animal kingdom including avian and aquatic are declared as legal entities having a distinct persona with corresponding rights, duties and liabilities of a living person. All the citizens throughout the State of Uttarakhand are hereby declared persons in loco parentis as the human face for the welfare/protection of animals.” Emphasizing the state government’s duty to enforce the law, the court charged it to abide by the requirements of the PCA. Going further, the court directed Uttarakhand to establish societies for prevention of cruelty to animals, create infirmaries to treat animals injured in violation of the law, and other progressive steps. The same declaration extending legal personhood to animals appeared verbatim the following year in Karnail Singh & Ors v. State of Haryana, which concerned the conviction of alleged cow smugglers. Going beyond the issues raised in the case and underscoring the implications of extending personhood status to animals, the Haryana court directed authorities to raise animal welfare regulations to levels it believed state and national law required.

On August 10, the People’s Charioteer Organization filed its PIL to build on this momentum and see the explicit language of legal personhood employed with respect to every animal in the country. Organizations like the PCO have the right to file a PIL with the Supreme Court under Article 32 of the Constitution, with the writ then empowering the Court to enforce fundamental Constitutional rights guarantees. Although not explicitly stated in the PIL, the foundation for the PIL comes from the Supreme Court’s own 2014 ruling in Nagaraja that animals have fundamental rights under the Constitution because humans owe fundamental duties to them.

Calling for greater enforcement of the PCA, the PIL cites recent examples of extreme animal cruelty, such as the killing of cows by feeding them explosives, the lynching of tigers, the inhumane transport of dogs for meat, animal sexual abuse, and other incidents that have gone unreported or have been ignored by the government. The PIL lists as respondents the national government, numerous national ministries, every state government, and the National Capital Territory of Delhi. Addressing numerous religious and moral arguments in support of animal protection, PCO observes that underscoring the legal personhood status of animals, which the Supreme Court implicitly did in Nagaraja, would help governmental inaction by allowing cases to be brought in the names of animals themselves by concerned citizens, who would act as their legal guardians, a duty that the Supreme Court established in Nagaraja.

In addition to its call to have the legal personhood of animals recognized explicitly across India, the PIL addresses other animal protection shortfalls. For example, it asks the Court to compel the National Crime Records Bureau to report and publish data, statistics, and cases involving crimes against animals. Comparing the PCA to other countries’ main animal protection laws, the PIL argues that the protections and penalties under the PCA fail to adequately protect animals. As such, it asks the Supreme Court to compel states to establish animal welfare emergency units, an online portal and hotline to report abuse, and independent commissions to investigate reports of animal cruelty. In addition, the PIL calls upon the Court to direct to states to prohibit animal fighting, hold superiors in law enforcement accountable for subordinates’ failure to enforce anti-cruelty laws, establish animal welfare funds, and gradually discontinue animal testing.

The PIL filed by the People’s Charioteer Organization is undoubtedly ambitious in scope, yet given the considerable personhood gains that have already taken shape at the state and national levels, it holds the promise to effect real change for animals and further set India apart as a world leader in animal law. 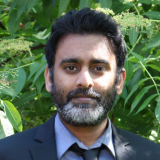 Dr. Rajesh K. Reddy directs our Animal Law LLM Program—the world’s only advanced legal degree in animal law. This fall, he is teaching International Animal Law; Animal Legal Philosophy; and Animal Law LLM Seminar. Prior to joining CALS, Dr. Reddy earned his JD from Lewis & Clark Law School and his PhD from the University of Georgia, where his dissertation scrutinized the representation of human and nonhuman animals in postcolonial literature and rights discourse. He has advanced human and nonhuman animal rights as part of his work for several nonprofits, including the Human Rights Law Network in New Delhi, India.

The Center for Animal Law Studies (CALS) was founded in 2008 with a mission to educate the next generation of animal law attorneys and advance animal protection through the law. With vision and bold risk-taking, CALS has since developed into a world-renowned animal law epicenter, with the most comprehensive animal law curriculum offered anywhere. In addition, CALS is the only program that offers an advanced legal degree in animal law and three specialty Animal Law Clinics. CALS is a nonprofit organization and is only able to provide these educational opportunities through donations and grants.