Swimming Against the Current: Advocating for Aquatic Animals

Despite widely held beliefs that fish and other aquatic animals do not feel pain, are unintelligent or not sentient, this is simply not the case. In fact, research confirms the fact that many of these animals are intelligent, sentient, and have other important qualities, yet are among the most widely used and abused beings on the planet. Even within the animal advocacy and animal law movements, these beings have historically received less consideration and attention than other animals. However, the tide is slowly turning. In Part I of this three-part blog series, we share our insights as to why aquatic animals are disregarded and highlight some examples of how we treat them differently.

Aquatic animals play a critical role in our societies and ecosystems. They are important not only collectively, but also have value and intrinsic worth as individuals. Despite this fact, it is difficult for some people to accept that any animals are worthy of protection, much less those animals deemed less charismatic and who are invisible to the public at large.

Aquatic animals account for the highest number of animals killed for food — with yearly estimates ranging from 1.2 trillion to 2.7 trillion. While these numbers are already astounding, they do not necessarily account for farmed animals nor “non-target” species caught as by-catch, or otherwise killed by the wild-caught or aquacultural industries.

Aside from their use as food, these creatures are utilized in a wide variety of additional ways, including: as companion animals; for entertainment; in research and testing; as medicine; ornaments, and in other ways.

Before we proceed, it is important to understand what we mean by the term aquatic animals. While most people would automatically assume this is limited to fin fish, the term also encompasses those animals who live in, or depend upon, water habitats. This includes amphibians, marine mammals, crustaceans, reptiles, mollusks, aquatic birds, aquatic insects and even animals such as starfish, sponges, and corals.

Their exploitation continues, in part, due to widely held and incorrect beliefs including that aquatic animals cannot feel pain, are not sentient or intelligent, and/or have lesser capacities than other animals. These misconceptions lead people to believe that aquatic animals are less worthy of recognition or do not need protection from abuse. This in turn allows decision-makers to ignore the pain and suffering inflicted on these animals and to allow harmful and unnecessary practices to continue.

While our relationships with aquatic animals varies widely, they are notably different from those with their terrestrial counterparts. How, you may ask? Some examples might help illustrate the point:

As you may begin to realize from these examples, our treatment of aquatic creatures is disparate not only to what they deserve, but to other species within the animal kingdom.

Why is such different treatment allowed for these animals? Aquatic animals, to a far greater degree than other animals, are typically separated from our view. This physical invisibility leads to ignorance and lack of consideration. It is difficult to value beings we do not see or understand.

In addition, even when we see these animals we do not understand their expressions of pain or discomfort. We, as humans, share many observable traits in common with other mammals, that we do not necessarily share with, or that may manifest differently in, aquatic animals. Just because the vast majority of aquatic animals do not vocalize when they suffer pain, does not mean they do not suffer, it means that in order to change at least or misconceptions, we need to work harder to understand their needs and capacities.

There is also insufficient information including scientific data relating to aquatic animals as compared to terrestrial animals. Aquatic animals have not been as widely studied as terrestrial animals, in part because of the logistical challenges, and also due to less interest. While this is changing to some extent, it is still more difficult to advocate for these animals than for those for whom we have more readily available scientific information. Additionally, advocates need to overcome previously accepted, but incorrect, scientific conclusions that some aquatic animals cannot feel pain or exhibit other capacities we recognize as connected to welfare concepts.

However, as scientists begin to bring more focus to aquatic animals, they are, unsurprisingly, discovering that these animals can feel pain, are sentient, and many have amazing capabilities that defy common understanding, such as long-term memory, strong family bonds, empathy, the ability to work cooperatively with other species, self-awareness, and more.

There are also dangers for these animals even after we better understand their capacities. For example, more and more are being used as subjects of scientific research. Scientists now see zebrafish as sufficiently similar to humans, in certain ways, to make them one of the most frequently used species of animals in research laboratories, in some instances outpacing even the numbers of heavily used rats and mice.

Reliance on outdated notions that aquatic animals cannot feel pain has contributed to the normalization of abusive and harmful uses of these animals. Lack of accurate and updated scientific information regarding their capacities and their importance to the ecosystems in which they live has also hampered the development of our understanding about the impacts related to the use or killing of these animals. This has made welfare, environmental, and other assessments harder to make. With additional scientific information, we can update outdated ideas and take into account the welfare needs of aquatic animals and the health and well-being of their ecosystems.

For all of these (and other) reasons, our relationship with aquatic animals is a complicated one— that interferes with our ability to understand them and to grant them the consideration and protection they deserve. In Part II of this blog series, we will address how law and policies currently fail aquatic animals, as well as the urgent need for reform. 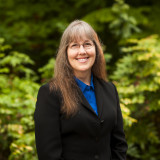 Kathy Hessler is Director of the Animal Law Clinic (launched in 2008) and the Aquatic Animal Law Initiative (launched in 2016). She has written numerous law review and other articles and teaches and lectures widely across the U.S. and internationally. In 2020, Professor Hessler received the Excellence in Animal Law: Scholarship, Teaching, and Service Award through the Association of American Law Schools.

Amy P. Wilson received her Animal Law LLM from Lewis & Clark Law School in 2018 as the first South African attorney to receive a masters degree in animal law. In 2019, she became a Fellow for the Aquatic Animal Law Initiative, where she works closely with Professor Hessler on aquatic animal issues, as well as the Animal Law Clinic. She is Co-Founder and Director of the first organization dedicated to animal law in South Africa—Animal Law Reform South Africa.

The Center for Animal Law Studies (CALS) was founded in 2008 with a mission to educate the next generation of animal law attorneys and advance animal protection through the law. With vision and bold risk-taking, CALS has since developed into a world-renowned animal law epicenter, with the most comprehensive animal law curriculum offered anywhere. In addition, CALS is the only program that offers an advanced legal degree in animal law and three specialty Animal Law Clinics, including the Aquatic Animal Law Initiative. CALS is a nonprofit organization and is only able to provide these educational opportunities through donations and grants.